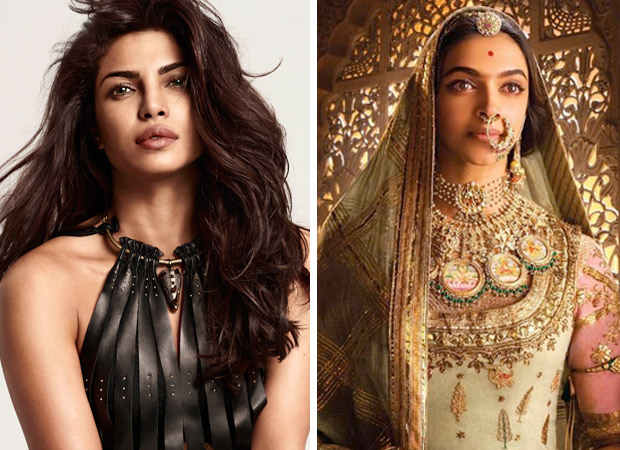 After finishing maximum shooting of Quantico, Priyanka Chopra returned to Mumbai this past weekend to spend the holidays with friends and family. But, she straight away got into the work mode. Last night, Priyanka performed at the Zee Cine Awards 2018.

At the red carpet, Priyanka Chopra expressed her support to the team of Padmavati. The Sanjay Leela Bhansali has been embroiled in controversies due to which the release day was postponed. The film, which was supposed to get released on December 1, received a lot of threats from fringe groups. Speaking about the controversy, she said, "I have an incredible relationship with Sanjay sir and I admire him tremendously. I know that this will come out and I know people will see the art behind it. They just have to make sure that everything is sorted. I will always stand by not just Sanjay sir but also Deepika, Ranveer, and Shahid for the film.’’

Previously, Priyanka Chopra has worked twice with Sanjay Leela Bhansali. She did a song 'Ram Chahe Leela' in Ram Leela and starred in Bajirao Mastani as Kashibai. She has also worked with Ranveer Singh in Gunday and Dil Dhadakne Do. Priyanka has also starred opposite Shahid Kapoor in Kaminey and Teri Meri Kahaani.

As of now, no new release date for Padmavati has been announced. The film stars Deepika Padukone as Rani Padmavati, Shahid Kapoor as Maha Rawal Ratan Singh and Ranveer Singh as Sultan Alauddin Khilji.