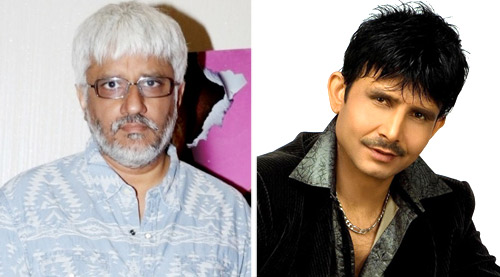 Kamaal R Khan, a self-proclaimed critic, always has been on the hit list of celebrities as he keeps targeting them on social media. Either disrespecting women or calling our filmmakers, Kamaal Khan has no boundaries.

But, it was about time someone took a stand against him. Filmmaker Vikram Bhatt has filed a defamation case against KRK. KRK took to his twitter account where he shared a photo of the legal copy sent to him. In a series of tweets, KRK talked about how the legal notice did not bother him and he was ready to face Vikram Bhatt in court.

Tweeting about the issue Kamaal R Khan posted a series of tweets saying, "Great director Vikram Bhatt has filed defamation case against me. Lol! Sir I will meet you in the court with proof. I just want to inform Mr. Vikram Bhatt that Meera Chopra herself told me the whole story. I didn't say anything from my side in that review. Now I will reveal in the court that how Vikram Bhatt tried to supply Meera Chopra to a well known producer by many dirty tricks. Sir Vikram Bhatt, Kasam Se Mazaa Aayega. Ab Toh Mahabharat Hokar Rahega. Jung Apne Shuru Ki Hai Aur Khatam Main Karoonga. Enjoy sir Ji."

According to reports, the defamation case was filed after Kamaal R Khan reviewed Vikram Bhatt's film 1920 London. Over a month ago, KRK went on a rant against Vikram Bhatt for making bad films. Instead of the review, he talked about how bad has he been in making actresses career.

Vikram Bhatt comes out in support of…

Zareen Khan files a complaint against her…

Zareen Khan REVEALS details of her…