The otherwise-fun mood of the trailer of Shashanka Ghosh’s Veere Di Wedding is shattered by all the four protagonists using forbidden foul language. While the current CBFC chief Prasoon Joshi is known to be liberal on several counts when it comes to the spoken language profanities and abusive words are a strict no-no. 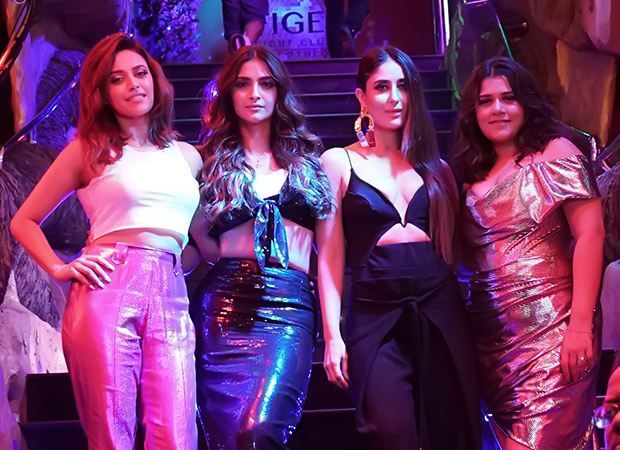 The current blockbuster Avengers: Infinity War had all the mild swear-words cleaned out although the film’s Indian distributors Disney argued that this is the accepted language among legions of fans of Marvel comics. The profanities in the trailer of Veere Di Wedding including Sonam Kapoor using the Hindi ‘bahen’ cussword are already being cleaned out on the various news and entertainment channels.

A spokesperson from the Bharatiya Janta Party says the language heard in Veere Di Wedding is unacceptable. “I don’t know which section of the Indian 20-something female population talks like this. And for what purpose? I wouldn’t like to say much. But to hear Anil Kapoor’s daughter and Kareena Kapoor Khan talking like this is not very encouraging. They have a huge fan following that follows their clothes and speech. Is this the example they want to set?”

However Swara Bhaskar who plays one of the four protagonists says the outrage at the dialogues are unjustified. “The film is an honest unabashed real look at the friendship of four urban girls from the upper middle class strata of society. This is how young people both men and women, talk to each other. We are just being real and being ourselves. That’s it. There is no other agenda or message to it.”