Last Updated 06.02.2023 | 3:18 PM IST
feedback language
follow us on
Bollywood Hungama » News » Bollywood News » Varun Dhawan defends the plot of Kalank after rumours claim that it is a book adaptation

With the release date of Kalank nearing, Varun Dhawan is busy with the promotions of the same. The film’s trailer seems to have attracted quite a bit of eyeballs, courtesy the ensemble cast and grand setting. But some audiences had a different reaction to it. Followed by the trailer release, some of them claimed that the film had striking resemblance to the novel ‘What The Body Remembers?’ Now, coming out in support of his film was none other than Varun Dhawan. 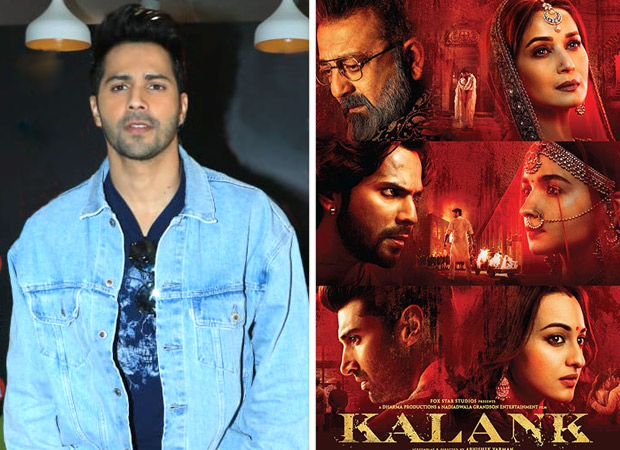 For the uninitiated, ‘What The Body Remembers’ written by Shauna Singh Baldwin is based on the era where India is in the brink of partition. Set against the backdrop of Punjab as it gets partitioned into India and Punjab, the book explores many underlying themes through the story of a wealthy Sikh man who ends up having two wives. On the other hand, the trailer of Kalank recently showcased that Aditya Roy Kapur is a wealthy man married to Sonakshi Sinha aka Satya and Alia Bhatt aka Roop.

Besides the love story and love triangle, fans also found similarities between the names of the two characters as the two wives portrayed in What The Body Remembers are also named as Satya and Roop. However, Varun Dhawan has come out defending the plot of Kalank. While he terms that the character names being the same could be a mere coincidence, he further added that the film is nowhere near the plot of the book.

He stated that even though he hasn’t read the book, he can say this with assurance is because Kalank is a complex story. He mentioned during the event that the film has varied layers to it and one will get to know about it only after the film releases. He also further spoke about the similarity of names wherein he maintained that if someone is making a rip off of a novel they wouldn’t be retaining the names.

Kalank also stars Madhuri Dixit, Sanjay Dutt, Kunal Kemmu, Kiara Advani and is set against the pre Independence era. The film is directed by Abhishek Verman and is slated to release on April 17.

Also Read: Kalank: Sanjay Dutt sheds light on his role and talks about sharing the screen space with Madhuri Dixit after 21 years