Actor Sanjay Dutt will be next seen in Abhishek Varman's Kalank. The actor plays the role of Balraj Chaudhary in the period drama that also stars Madhuri Dixit, Sonakshi Sinha, Alia Bhatt, Varun Dhawan and Aditya Roy Kapur. Talking about his role in the film, he says, "Balraj Chaudhary is a great character. He’s very important to the narrative. The film is basically a love story that involves Varun, Alia and Aditya. However, Balraj is significant because the story revolves around his family. I’ve also moved in the right direction and have started playing characters that are more commensurate with my age and the way I am now. I guess, after completing the jail term I had to change my approach and choices." 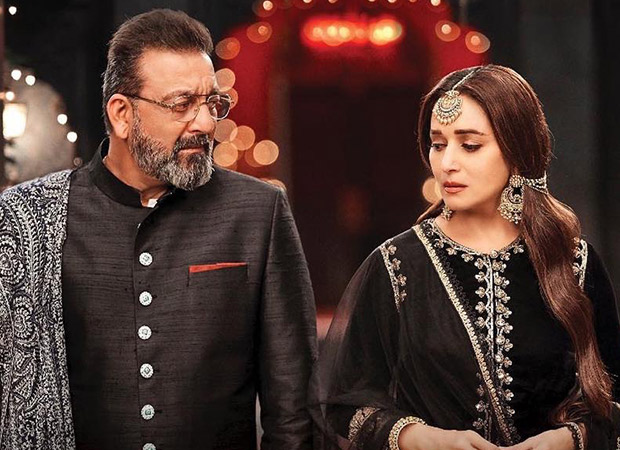 He also talks about collaborating with Madhuri Dixit after a long time and says, "Yes, working with her is a pleasure. Madhuri is such a great actor. I’ve done many films with her, I can’t even recall in one go. So, to work with her again in that one scene that we did together in Kalank was amazing. She’s got that command as an actor. It’s a pleasure to share screen space with her after so many years. So much has gone past, people have matured. She herself comes across as such a matured actor.”

Also Read: Kalank: Sanjay Dutt is all praises for Madhuri Dixit, says their past is all FORGOTTEN now