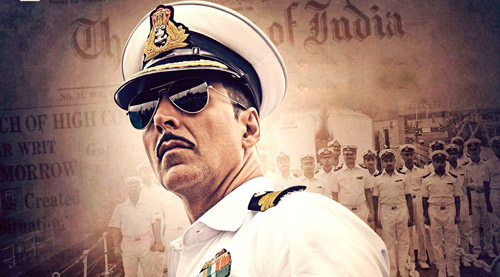 The much talked about Akshay Kumar starrer Rustom is nearing its release. While the makers of the film released yet another poster that features Akshay, the trailer of the film will be released online tomorrow. Now we hear that the trailer of Rustom will be attached to one of the biggest releases to hit screens this year, Sultan.

Though an official confirmation on the same is still awaited, Sultan that features Salman Khan and Anushka Sharma is slated to hit screens next week on Eid, July 6. On the other hand, Rustom that features the Airlift star Akshay Kuamr as a Naval officer is based on the real-life incidents involving Naval officer KM Nanavati, who was accused of murdering Prem Ahuja, his wife's lover. The film apparently covers the whole affair and then the court trial of the extremely controversial case in 1959, which brought out debates on integrity and betrayal and had garnered huge media coverage at the time.

Directed by Tinu Suresh Desai, Rustom that also stars Ileana D'Cruz and Esha Gupta in the lead is slated to release on August 12.