Yet again the Tanushree Dutta and Nana Patekar controversy has sparked another legal issue. After the actress alleged that she was sexually harassed by veteran actor Nana Patekar on the sets of Horn Ok Pleassss way back in 2008, she had also claimed that she was attacked by the MNS workers when she decided to take action against Patekar. This obviously hasn’t gone down well with the political party Maharashtra Navnirman Sena [MNS] and they approached the cops a day ago. 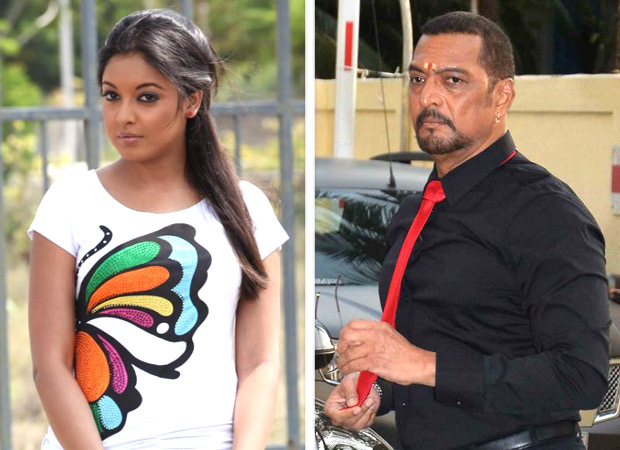 Recent reports have it that MNS party worker and District unit president of the party in Beed district, Sumant Dhas has approached the cops to file a complaint against Tanushree Dutta. In his complaint, he has accused Dutta of defaming the chief of MNS, Raj Thackeray. The Kaij police have registered it under non cognizable offence against the actress under charges of defamation, that is, section 500 of IPC [Indian Penal Code].

An officer has apparently stated in these reports that the police has even asked the complainant Dhas to approach the court on the said matter. Besides this, complaints have been filed against Dutta by Nana Patekar and director of her film Chocolate, Vivek Agnihotri for defaming their image. Well, readers who have been keeping track of this controversy may also be aware that Tanushree alleged Vivek of passing a rather sexist and indecent remark when they were shooting for their film Chocolate. According to her, Suniel Shetty, Irrfan Khan were amongst the ones who defended her during the same.

Coming to the controversy, it fueled up last week, when Tanushree Dutta arrived to India from the U.S. The actress gave several explosive interviews where the #Metoo movement was discussed wherein she accused Nana Patekar of grabbing her inappropriately and alleging Patekar of forcing filmmaker Rakesh Sarang to add an intimate dance step with Dutta. This was followed by an uproar within and outside Bollywood and now many celebrities including A-list actresses were seen extending support to Dutta for speaking out loud against an industry veteran. This was followed by another series of accusations directed towards filmmakers like Vivek Agnihotri and others who supported Patekar.

Also Read: SHOCKING: “I feel she was on her periods that day” – Horn Ok Pleassss producer Samee Siddiqui during Tanushree Dutta Sting Operation!