There have been rapid developments in the case of Sushant Singh Rajput's demise. According to statements of two doctors accessed by NDTV, they said that the actor suffered from depression, anxiety, an existential crisis and bipolar disorder. These have been reportedly recorded by the Mumbai Police. One of the doctors said that Sushant felt that he could never beat being bipolar and his family would suffer. Their statements also reveal that Rhea Chakraborty was constantly in touch with the doctors about the actor's mental state, his medicine and psychiatric consults. 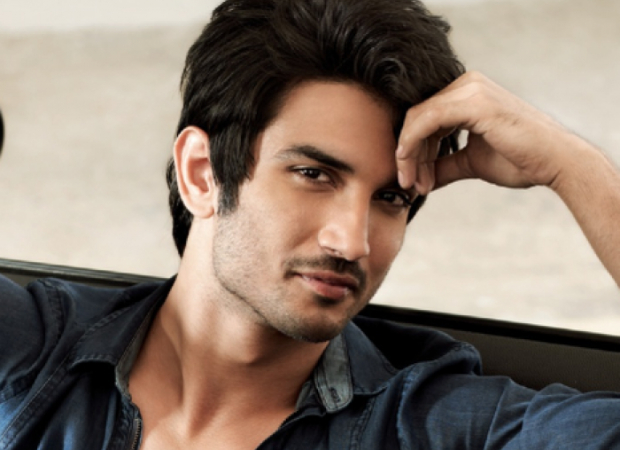 One of the doctors also revealed that Rhea spoke to him about Sushant's mental health on June 8, the day she left his apartment. As per the statement she messaged the doctor on Whatsapp and said that Sushant was "depressed again" and asked if medicines can be started again. According to both the doctors, Sushant had stopped taking his medicines, which exacerbated his condition and made it very difficult to treat him.

"When I asked why he did not start the medicines after telling me, he only laughed and did not say anything. I asked him to regularly take medicines... Hence, I consoled him and asked Miss Rhea to see that Sushant Singh Rajput is taking medicines regularly. Rhea told me that he does not listen to her and what could she do," the doctor told the police

When the doctor asked for the fee, Rhea said that she left the apartment and that Sushant's sister will take care of things. The doctor then learnt about Sushant's demise six days later through TV.

"There could be many reasons behind the suicide of a person suffering from severe anxiety, severe depression, and existential crisis. These reasons mainly stem from the negative thoughts of such persons. A strong feeling is built in such persons that he has had a major loss in the past and that the loss cannot be filled... In case he stops treatment being conducted on him in such conditions, the above diseases could complicate and he can resort to the extreme path of suicide, as per the medical psychiatry," he said.

The doctor said that he diagnosed Sushant as suffering from anxiety and depression in November 2019 when they met for the first time. The doctor went on to reveal that Sushant told him that he does ‘not like anything in life and does not wish to live and that he is afraid all the time’. He revealed that Sushant was admitted on November 27 after an apointment was fixed by Shruti Modi. The late actor was admitted to the Hinduja Health Care hospital and the said doctor visited him on the next day that is 28 November.

"It was evident from the words of Mr. Sushant Singh Rajput that nothing is happening as per his expectation and that he is insecure. But, the reason was appearing to be negative thoughts in his mind. No strong outer reason was seen for such feelings of his in the examination," he said explaining that depression could be due to factors ranging from thyroid deficiencies to Seratonin imbalance. “During the said examination, I asked Mr. Sushant Singh Rajput, if he is getting suicidal thoughts, to which he replied in no,” he added.

The second psychiatrist said that she first received a message from Sushant needing a consult in October last year. She said that the actor was aware that he was suffering from anxiety, but would not take regular treatment. The doctor described his symptoms as indicative of bipolar disorder.

"The symptoms of bipolar disorder are chemical imbalance, spending money in huge amounts, not sleeping for four to five days, feeling a desire of losing and doing everything very quickly. In the above-mentioned session, the symptoms of speaking and thinking at a rapid pace and extreme restlessness were seen in Sushant Singh. He also used to feel that even a period of one minute is like many days and that's why his restlessness and fear he had increased a lot," she said.

"On the 15/11/2019, Sushant Singh came to me with Rhea Chakraborty. At that time I informed him about the bipolar disorder and told him that he would get well, once he takes regularly and proper treatment but Mr. Sushant Singh expected that he should get well or somebody should cure him very fast. It was not possible for anybody. Also Mr. Sushant Singh was aware of the suffering he was going through, but he was not ready to accept it. I asked him to come on (November 18) to me for clinical examination once again... After that I saw that he had read a lot about bipolar disorder. I found him sad without any reason. And he use to crying even while talking to me many times. Also, he was feeling highly negative ...about himself," she further said.

The doctor called the actor for a clinical examination on November 24 but he did not come. Rhea informed her that the actor's sister was coming home and there was a possibility of him going with her.

"l felt on what (Rhea) spoke that she was taking extreme care of Sushant to get him out of the disease, but as he was neglecting his disease, she had also become quite dejected." she said.

She also confirmed that Sushant had stopped taking his medications and his bipolar disorder had grown to an extensive level.