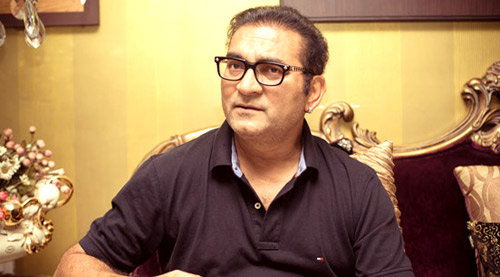 Earlier we had reported that Singer Abhijeet Bhattacharya got himself into trouble after an AAP member Preeti Sharma Menon accused him of using obscene language on social media against a woman journalist. Further, she complained against him after he abused her on the micro-blogging site. And now we hear that Abhijeet was arrested by Mumbai Police and was later bailed by his son.

In fact, Preeti Sharma confirmed the same in a series of tweets as it read, ". @mumbaipolice arrested @abhijeetsinger on my complaint on 26/07, released him on bail later. Serves him right @bainjal. @abhijeetsinger's phone confiscated, sent for forensics. Cops made Twitter order him to delete offensive tweets or shut handle @bainjal." She further also added, "I feel women shd register complaints against abuse in any form. @abhijeetsinger's arrest is a big step towards cleaning up SM." On the other hand, Abhijeet Bhattacharya continued his campaign against the AAP member on social media as he too posted a few tweets saying, "I'm a man,a son,a dad,a bro trolled n abused by lady presstitute & her Paki frnds abused my nation whom to contact ? Long ago but I never asked any support from any 1, paying a heavy price in B'wood 4 being a nationalist since years." Preeti also tweeted about Abhijeet's son bailing him out adding,s "Shame on a man whose son has to bail him out on a case of abusing women #AbuserAbhijeetArrested." She later thanked the police officials for their co-operation and investigation saying, "Thank you @CPMumbaiPolice, DCP Patil of Cyber Crime is an effective officer, quick action against SM abuse. @bainjal."

From what we hear, the said arrest was made after singer Abhijeet Bhattacharya was charged under sections 500 (punishment for defamation), 509 (intension to outrage the modesty of a woman) of IPC and 67 of the IT Act. Reportedly, according to DCP Sachin Patil (Cyber Department) the arrest was made on the basis of online abuse and he received bail since it was a bailable offence.

Dilip Kumar's health is stable, will be…

Dilip Kumar shares his picture after being…