Noorjehan was replaced by Lata Mangeshkar. Geeta Dutt by Asha Bhsole, and Alka Yagnik by Shreya Ghoshal. Here is how. In the closing years of the 1990s and the opening years the 2000s, Alka Yagnik ruled the female-playback singing arena. After Lata Mangeshkar and Asha Bhosle, Alka was No.1. An incident during the recording of a duet with Udit Narayan for Sanjay Leela Bhansali’s Hum…Dil De Chuke Sanam changed Alka’s fortunes. 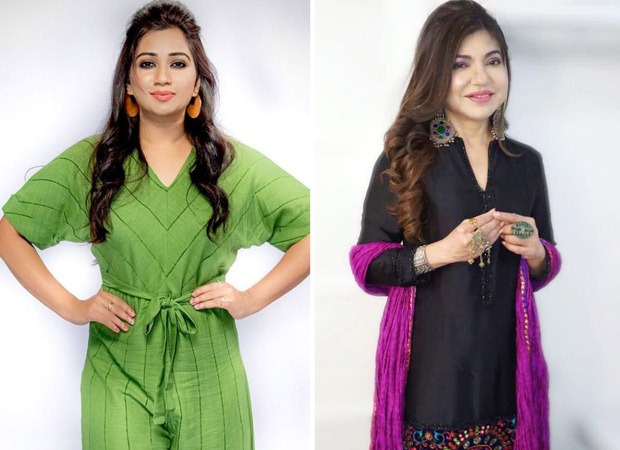 Shreya Ghoshal owes her career to Alka Yagnik; Alka refused to sing until Sanjay Leela Bhansali paid her in advance

According to eyewitnesses she refused to record the song until she was paid in advance. An eyewitness reports, “Sanjay Bhansali’s production team was short on cash that day. They requested she defer the payment for a few days. To everyone’s shock Alka refused point-blank. ‘Paise nahin toh gana nahin,’ were her words. Of course the cash was arranged somehow. And she sang the duet ‘Chand Chupa Baadal Mein’ with Udit Narayan, and went away with her money. But that was the end of Alka in Bhansali’s cinema.”

Alka Yagnik was supposed to sing all the songs of Hum….Dil Chuke Sanam. She ended up singing only one. The rest were done by Kavita Karishnamurthy.

For his next opus Devdas, Sanjay Bhansali was determined to find a voice in the Lata Mangeshkar mould to replace Yagnik. This is when Shreya Ghoshal met Sanjay Bhansali.

“Bhansali immediately sensed her talent, began grooming and modulating her voice, working on her Bengali diction, etc.,” says the source.

The rest as they say is history.