It’s been more than two months since Kangana Ranaut’s much-in-the-news period action flick Manikarnika – The Queen Of Jhansi released and controversies still refuse to die down. During the release of this film, the actress was in a blitzkrieg mode as she openly attacked her detractors, left-right-centre. The actress stepped in as the director as well after differences with the film’s approved director Krish. Krish cried foul after seeing the final product, blaming Kangana for ruining the project. Kangana, in turn, heavily accused him of not making the film upto the mark and even abandoning it. Fortunately for her, the film proved to be a box office success and this further allowed her to flex her muscles. 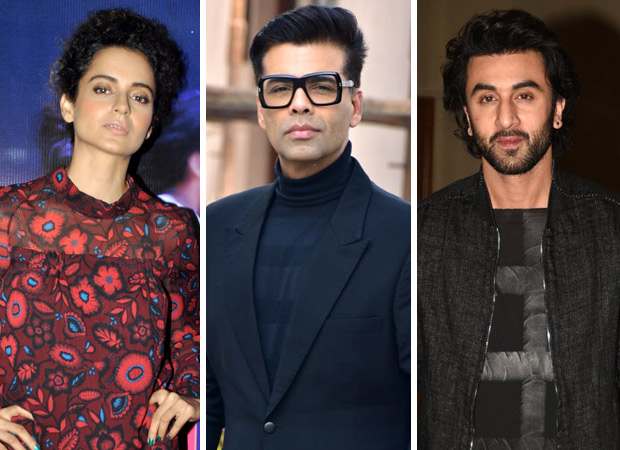 In the process, an actor whom she blamed unexpectedly was Ranbir Kapoor. She brought up a statement he made last year in July after the release of his film Sanju. While talking to Mid-Day editor Mayank Shekhar, Ranbir was asked why he shies away from making political statements. To which the actor said that he doesn’t follow politics since it makes no difference to his life. He added that since he’s living a luxurious life and has complete access to basic needs like water, housing, electricity etc., he is fairly satisfied. Hence, he feels that it’s unfair to comment on politics! Kangana Ranaut attacked him for this statement, reasoning that such kind of attitude is unfair and even irresponsible.

Mayank Shekhar recently spoke to Kangana wherein she stated that people have a way of often stabbing you in the back. However, she prefers to retaliate openly. At this point, she was asked why she attacked Ranbir Kapoor and how exactly did he rub her the wrong way? The actress, at this point, asserted that firstly, his ‘I live in luxury’ comment prompted her to do so as Ranbir proved that he thinks that he’s exclusive and is detached from the rest of India. Secondly, she claimed that the rest of ‘Ranbir’s gang’ like Karan Johar and others also have a similar attitude. She then went on to say that this gang of guys are the ones who are spreading negative PR about her. As a result, her fiery statements were to ‘put them in their place’!

Some time back, Kangana had become a butt of jokes when a video became viral that showed her shooting for Manikarnika – The Queen Of Jhansi’s battle scene on a mechanical horse. Though this is a usual way of filming, a lot of people weren’t aware of it and hence it spread like wild fire. While talking to about the ‘nepotism gang’, Kangana also brought up the topic of this controversial video and in the same breath, claimed that she knows who released that video to the public. She signed off by saying that ‘if she blurts out the name of the accused, people will be shocked’, refusing to share any more details.

Also Read: Kangana Ranaut opens up about her preparations for the role of late Tamil Nadu CM, Jayalalithaa