Not too long ago, we had reported that Housefull 4 has gone on floor in London. The film featuring franchise regulars Akshay Kumar and Riteish Deshmukh along with Bobby Deol, Kriti Sanon, Kriti Kharbanda and Pooja Hegde, now has a new addition to the cast. And it is none other TV - Bollywood actor Sharad Kelkar. 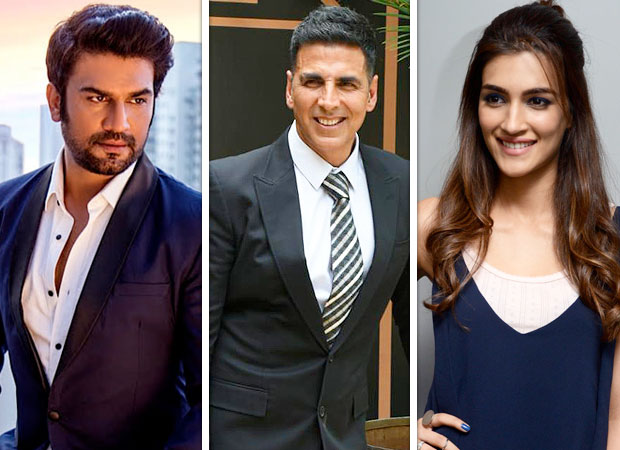 A source close to the development confirmed the news and added, “Sharad Kelkar will be seen in a pivotal role in Housefull 4 and it will be his first out-and-out comic outing. The actor has earlier made his mark with intense characters in films like Goliyon Ki Raasleela - Ram-Leela and Bhoomi. He also gave a voiceover in the blockbuster period drama Baahubali in Bollywood.

Confirming about his presence in Housefull 4, Sharad Kelkar said, “I always try to do different things, be it in terms of my accent or looks. I don’t want to repeat myself. While I’ve mostly played intense characters, it’s good to do a light-hearted film.”

Interestingly, it marks Sharad's second collaboration with producer Sajid Nadiadwala and Riteish Deshmukh after the Marathi film Lai Bhaari. He will be also be working with his Guest Iin London co-actor Kriti Kharbanda and Mohenjo Daro co-star Pooja Hegde.

Speaking about it, he added, “It’s amazing to reunite with them. I am very fond of Riteish. We have worked together earlier and we also play for the same cricket team. It will be great fun.”

Sajid Khan, who has directed Housefull 1 and 2, returns to the comedy franchise with this fourth instalment. If reports are to be believed, the film is based on the concept of reincarnation this time. In fact, a major schedule will also be completed in Rajasthan where the team is said to be filming in some grand and picturesque locations. The film is expected to release during Diwali in 2019.