It a season of 'good news’ in Bollywood. Just a few days ago, Shahid Kapoor announced Mira Rajput is pregnant and that they are going to be parents for the second time. After Shahid Kapoor- Mira Rajput, another Bollywood actor is all set to become a dad. Neil Nitin Mukesh took to social media to announce that his wife Rukmini Sahay is expecting their first child. 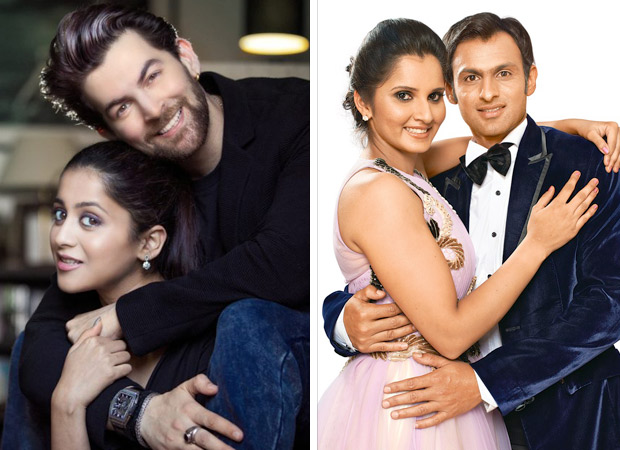 Sharing a cartoon picture followed by Neil Nitin Mukesh and Rukmini Sahay holding baby shoes, Neil wrote, “Now we will be THREE." His wife is nearing the first trimester and the baby is reportedly due in September 2018. They are currently in Abu Dhabi where Neil is shooting for Prabhas' Saaho. They are shopping for their new family member and getting ready to welcome the baby. Speaking to a daily, the couple said that they are picking neutral colours for the baby as they don’t know whether it’s a boy or a girl. Their family is super excited about the arrival of their new family member.

Neil Nitin Mukesh and Rukmini Sahay tied the know in arranged marriage in February last year. It was a lavish ceremony followed by a starry affair.

Along with Shahid Kapoor and Neil Nitin Mukesh, another celebrity is all set to welcome parenthood. Tennis star Sania Mirza also announced her pregnancy via Instagram. She and her cricketer husband Shoaib Malik are expecting their first child, due in the month of October this year. Sharing a cute picture, she captioned it, "#BabyMirzaMalik." The couple, on April 12, celebrated their eighth marriage anniversary.

Radhe - Your Most Wanted Bhai and Laxmmi…