Shah Rukh Khan and Koffee With Karan show have a long history! Ever since Karan Johar started out with his controversial talk show, Shah Rukh Khan has always been one of the few guests of honour on the couch and we can't just imagine the show without him. SRK and KWK have become synonymous with each other. But this time around, SRK fans might be in for a disappointment as the Zero actor won't be a part of the talk show, it is rumoured. There are many reasons for the same but the primary two are Shah Rukh’s dwindling career and his strained relationship with the host Karan Johar. 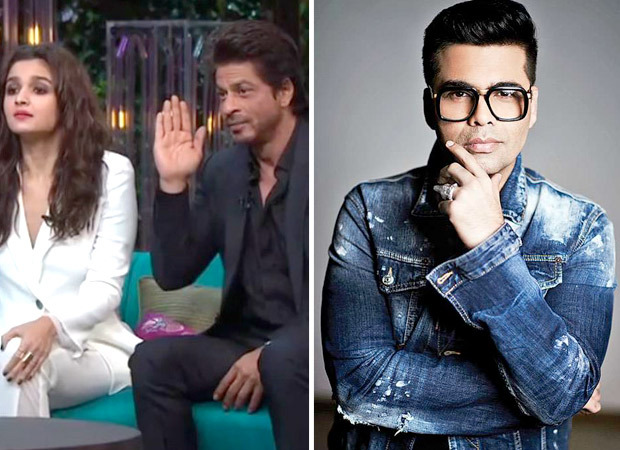 Shah Rukh is hit by the back to back failure of his films at the box office and is pretty concerned about getting his career back on track. He has recently taken a few thought decisions with regards to the same including pulling out of the Rakesh Sharma biopic, Saare Jahan Se Acha. He therefore has been cautious about restructuring his career and does not want any more controversies. Fair enough! Secondly, Karan and SRK have had some strained relations over the years and it looks like neither of them is too keen to work things out.

Last time SRK was seen with Alia Bhatt for Dear Zindagi promotion at Koffee With Karan season 5. In fact, they opened the season that year. This time around, we didn't see him at all. The finale will feature, Priyanka Chopra and Kareena Kapoor Khan as the guests.