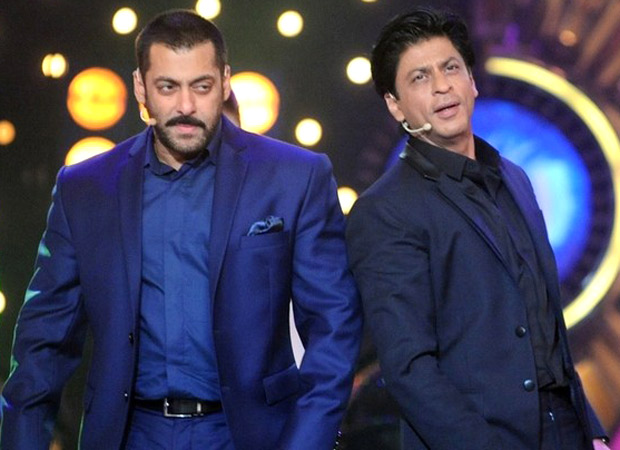 Putting an end to all speculations about rivalry and cold war, Shah Rukh Khan and Salman Khan’s reunion created lots of buzz in media. Post that, their appearance on reality shows and hosting stint at a recent awards show only boosted TRPs and now the two superstar Khans are all set to come together once again.

The Karan-Arjun Jodi will be a part of the finale episode of Bigg Boss season 10. The controversial reality show that is approaching its end will have Shah Rukh Khan and Salman Khan shooting for the weekend episodes and the actor will be promoting his forthcoming film Raees on the sets of the show. Further, he will not only make an appearance in one but both episodes during the weekend. Along with performance on Raees songs, the episode will also include fun and games. He will start shooting for the same on Friday January 20 along with Salman Khan.

Despite the constant rumours on the Khan rivalry, the duo recently turned hosts for an awards gala which received a great response. Besides this, Salman Khan even promoted the trailer of the film Raees when it hit the tube and the two have been promoting each other’s films.

While it was Sultan last year, Salman Khan will next be seen in Tubelight and Tiger Zinda Hai. And for Shah Rukh Khan, besides Raees, he will star in Imtiaz Ali’s The Ring and Aanand L.Rai’s next.