The Coronavirus-induced lockdown has been going on since almost five months now. There’s absolutely no idea when cinemas will be reopened. But the future is expected to be bright and hence it’s no surprise that gradually, new films are being launched with the hope that things will be back to normal in the near future. And one of the most anticipated announcements in this regard is that of the premiere production house, Yash Raj Films (YRF). It completes 50 years this year and as part of the golden jubilee celebrations, it is expected to make some very big announcements, featuring some of the biggest names in Bollywood. 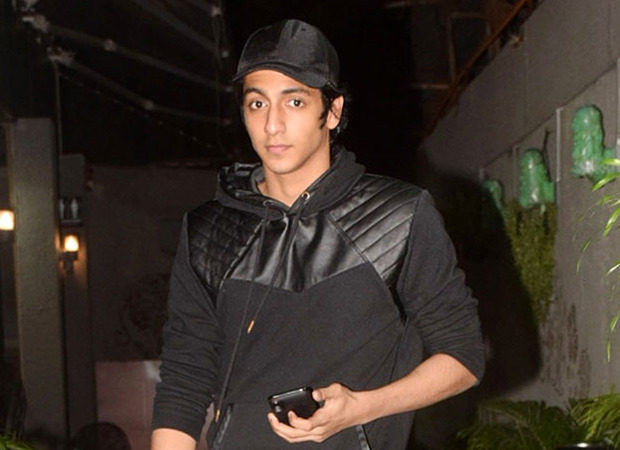 As per reports, the Aditya Chopra-owned production house is doing a film each with superstars like Shah Rukh Khan, Salman Khan, Akshay Kumar and Ajay Devgn, and also with the very talented Vicky Kaushal. And now we have come across another exciting information as part of these celebrations. Ahaan Panday, cousin of actress Ananya Panday and nephew of Chunky Panday, is all set to be launched by YRF. A source says, “The launch was long due. Ahaan is a very good looking and talented person who already has a huge fan following on social media. Aditya Chopra has finally found an apt project for him. This film will be a part of YRF’s 50th celebrations.” However, there has been no further information available on who’ll be directing Ahaan’s debut vehicle.

Ahaan Panday is celebrity fitness trainer Deanne Panday and her entrepreneur-husband Chikki’s son. He’s quite close to Shah Rukh Khan’s children, Aryan and Suhana. In fact, Aryan and Ayaan have often been confused for each other. Incidentally, two years back, in an interview, Chunky Panday in an interview had hinted that he might be launched by YRF. Chunky had said, "My nephew Ahaan is just like my son. He is very famous right now on Instagram and on Twitter. Wherever I go, young girls ask me about him. He is a very hard working boy and he will also have an announcement soon. He is not debuting with Dharma Productions, but somewhere else. It could be Yash Raj Films. I can’t really talk about it, but very good news will be announced soon.”

The source before signing off says, “YRF has launched prominent actors like Anushka Sharma, Ranveer Singh, Parineeti Chopra, Arjun Kapoor, Vaani Kapoor and Bhumi Pednekar, who are doing very well today. In their upcoming three films, they are launching three newcomers - Manushi Chhillar, Sharvari and Shalini Pandey, all of whom are outsiders and highly talented. Ayaan’s grand launch will also be something to watch out for. Rest assured, Aditya Chopra is a great mentor and one can be sure that Ayaan is in safe hands.”