Last Updated 04.02.2023 | 2:57 PM IST
feedback language
follow us on
Bollywood Hungama » News » Bollywood News » SCOOP: The Inside story of the Coolie No. 1 Battle between Rumi Jaffrey and Farhad Samji

Rumi Jaffrey, the original writer of Coolie No. 1 is apparently furious with the changes made in the screenplay of the remake. A source from the crew informed Bollywood Hungama that Rumi was completely not in favour of the changes made by additional dialogue writer Farhad Samji. 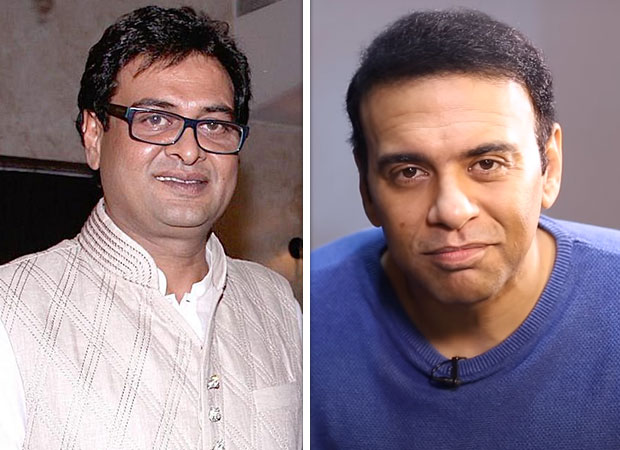 SCOOP: The Inside story of the Coolie No. 1 Battle between Rumi Jaffrey and Farhad Samji

Says the source, “Rumi and David go back a long long way. In fact, David’s sons Rohit and Varun Dhawan call him ‘Uncle’ and Rumi has cuddled them both in his lap when they were kids. Rumi has written a majority of David’s hits. When David asked Rumi to write the remake of their 1995 hit Coolie No. 1, Rumi was totally against the idea. He felt what worked in 1995 won’t work now. But David was adamant. He told Rumi not to worry and do it for Varun’s sake.”

Apparently the problems started when Farhad Samji was brought in to do the dialogues. Adds the source, “Rumi was told Farhad was in touch with today’s generation. He would bring in the contemporary feel. But as the film progressed there were many changes that Rumi was horrified about. The biggest of them being the change in Kader Khan’s character. Kader Saab’s Hoshiyar Chand was a highlight in the original Coolie No. 1. When Rumi was told Hoshiyar Chand was now Jeffrey Rozario (played by Paresh Rawal) he was horrified. He asked David why the Hindu character in the original was converted into a Christian and if he was a Catholic now, why was the Pundit, played by Javed Jaffrey coming to Rozario with a rishta for his daughter?”

Apparently it made no sense to Rumi. But David was supremely confident in letting his son Rohit Dhawan and Farhad Samji “modernize” Coolie No. 1.

“Nothing made sense to Rumi anymore. Rumi wanted the song ‘Mirchi Lagi Toh’ - which has a deep Mumbaiyya flavor - to be shot on the streets of Mumbai the way it was shot with Govinda and Karisma Kapoor. David with the advice of his sons and Farhad Samji, preferred to shoot the new version of the ‘Mirchi’ song in a studio,” informs the source.

Bollywood Hungama tried to speak with Rumi Jaffrey for his version of the story. But he refused to speak. “My association with David Dhawan goes back to Shola Aur Shabnam in 1993. We practically grew up together in the film industry. Rohit and Varun are like my own sons”

Also Read: How much would have Coolie No. 1 earned at the box office? Trade gives its verdict