She made an impressive debut with Kedarnath and had a brief but dazzling presence in Simmba. Sara Ali Khan isn't the one to be overshadowed, and knows how to make her presence felt. No wonder she is giving in her cent percent into the preparations of her forthcoming outing Coolie No. 1 as well. Given that the original one featured the hit pairing of Govinda and Karisma Kapoor, Sara and co-star Varun Dhawan will certainly need to stir some magic. However, the beauty says she isn't taking much stress about it right now. 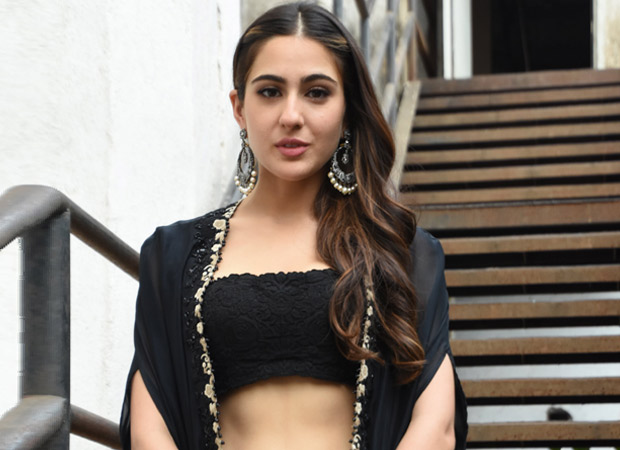 In a recent interview, Sara revealed that according to her, the secret to  Govinda and Karisma's successful chemistry was their spontaneity and how they pulled everything off with much ease. While she agrees that recreating an iconic film is not going to be an easy task, Sara is not in favour or letting stress and external pressure hampering her performance. Smart!

At any given point, if Sara considers taking cues from Karisma, that's probably going to be a cakewalk, considering her super cool equation with Karisma's sister and her stepmother Kareena Kapoor Khan.

Apart from this, Sara has already finished shooting for the sequel of imtiazy Ali's Love Aaj Kal, which stars Kartik Aaryan opposite her.

Also Read: Varun Dhawan and Sara Ali Khan are all set to groove to the remake of the iconic track, ‘Husn Hai Suhana’ for Coolie No. 1?