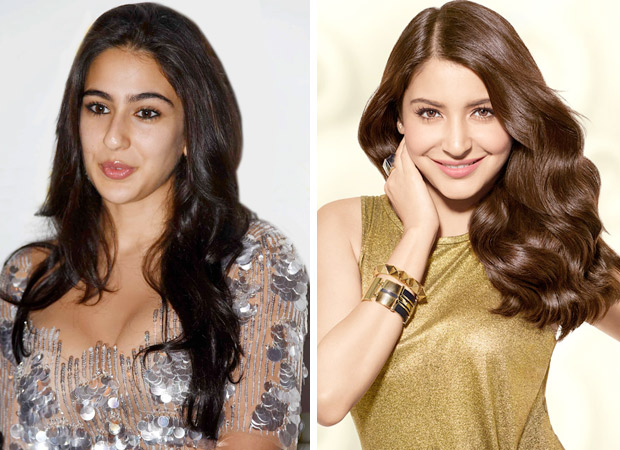 Her debut film has just kicked off and Sara Ali Khan already seems to be on her way to sign her next. The daughter of veteran actress Amrita Singh and popular actor Saif Ali Khan has apparently decided to join hands with Anushka Sharma for her next production.

Anushka Sharma, who is already busy with films under her banner Clean Slate Films, will next be seen in Pari which is her third production post NH10 and Phillauri. While the actress has featured in all her productions, this time around it is being said that Sara Ali Khan will play the lead. We hear that the said venture will be co-produced by Prernaa Arora and Arjun N Kapoor under their banner KriArj Entertainment. Interestingly, Sara’s debut film Kedarnath too is co-produced by them.

Reports have it that Abhishek Kapoor aka Gattu who is directing Sara Ali Khan’s Kedarnath wasn’t keen on the newbie signing her second film before the wrap up of his film. Kedarnath, that also features Sara opposite Sushant Singh Rajput, unfortunately had to face delay in the shoot schedule owing to the heavy winter in North India. Hence the release date of the film has been pushed further to the end of next year and Sara, it seems, wasn’t ready to wait for that long to sign her second film.

When Sara was approached with this Anushka Sharma production, it is being said that the actress agreed since she was on a lookout for a good script and was quite impressed with this one.

On the other hand, an official announcement on the details of this Sara Ali Khan – Anushka Sharma film is eagerly awaited. The production house, although confirmed that they indeed had a chat with Sara Ali Khan, they went on to maintain that as of now they are quite busy with their forthcoming release Pari which also features Kahaani actor Parambrata Chatterjee.