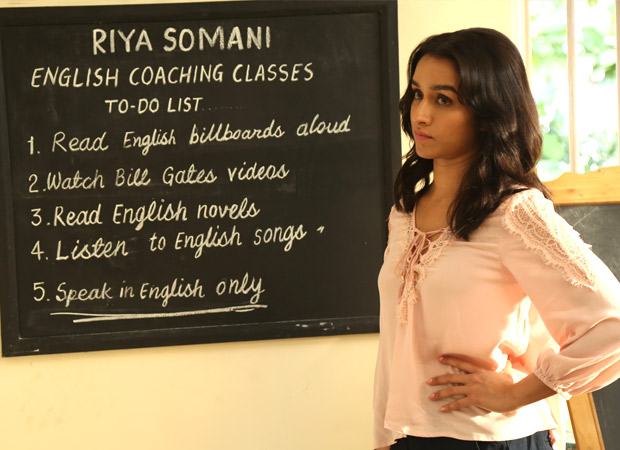 By now we all know that Shraddha Kapoor and Arjun Kapoor will soon be seen as Riya Somani and Madhav Jha in the Mohit Suri directed film Half Girlfriend. While earlier we had revealed that apart from Shraddha and Arjun the film which is based on the Chetan Bhagat novel by the same name, would also feature Sri Lankan beauty Jacqueline Fernandez, we now hear that Shraddha will in fact be seen teaching Arjun English in the film.

Apparently, Shraddha Kapoor’s character of Riya Somani starts her own ‘English Coaching Class’ with Arjun Kapoor’s character of Madhav Jha as her sole student. While the entire set up of Shraddha teaching Arjun certainly will make for a fun watch, it is the five point agenda that she adopts that caught our attention. While most of the points listed are the usual ones of reading English novels, listening to English songs, speaking in English and reading English billboards, the one that stood out was ‘Watch Bill Gates videos’. Though we do realize that the founder of Microsoft, Bill Gates does have a good command over the language we can’t fathom why or rather how watching specifically his video would help.