After Mubarakan, Athiya Shetty is all set to experiment with comedy yet again. And this time, she is all set for a unique fun ride with none other than Nawazuddin Siddiqui. Confused? Well, the star kid has signed her next with the Bajrangi Bhaijaan actor and the two will come together for the first time for a wedding comedy. Titled Motichoor Chaknachoor, it will mark the directorial debut of Debamitra Hassan. 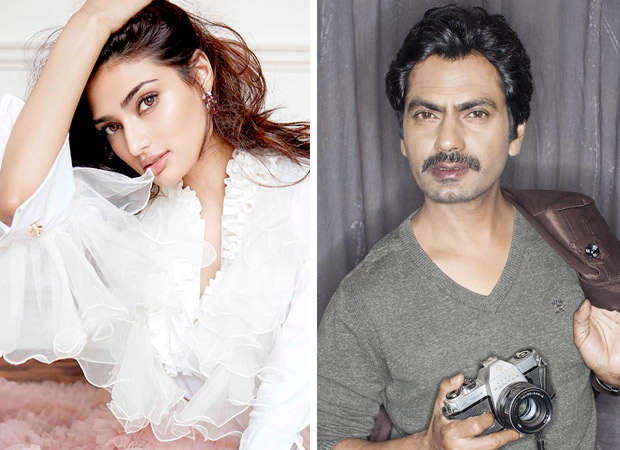 Speaking about it in recent reports, producer Rajesh Bhatia explained in recent reports about how he is eagerly looking forward for the film. He is quite impressed with the script written by Hassan and described it as one of the funniest stories he has ever come across of an unlikely couple. Well we agree with the latter one because Nawazuddin Siddiqui is probably one of the most unconventional heroes we have in Bollywood.

Further, talking about Motichoor Chaknachoor, Bhatia elaborated that the wedding comedy is very situational and revolves around the families of the bride and groom. If these reports are to be believed, it seems that the script impressed Nawaz to such an extent that he gave a nod to the film in 15 minutes.

Coming to their character sketches in the film, Athiya Shetty is expected to essay the role of a small town North Indian girl. The film is based in Lucknow and so both the lead characters will have a certain accent to their dialogues. Hence, the two are expected to take language lessons and will kick off the training with the coach soon.

Nawazuddin Siddiqui is currently busy with his work commitments. Yet he has decided to start the film as soon as possible. Keeping his schedule in mind, the makers have finalized that Motichoor Chaknachoor will go on floor on September 23 in Lucknow. The makers are planning to complete the film in one go and hence it will have a start-to-end schedule until December.