Kabir Khan’s '83 promises to be one of the best cricketing stories ever told in Indian celluloid made on a grand scale. After a training camp in Dharamshala where Ranveer Singh (who plays the 1983 Indian team captain Kapil Dev), singer-actor-producer Ammy Virk (who plays Balwinder Singh Sandhu) and other actors who are part of the movie, met legendary Indian cricketers, now the team will fly off to London on Sunday for the final leg of the workshops-cum-training camps, after which a three-month shooting schedule will commence. 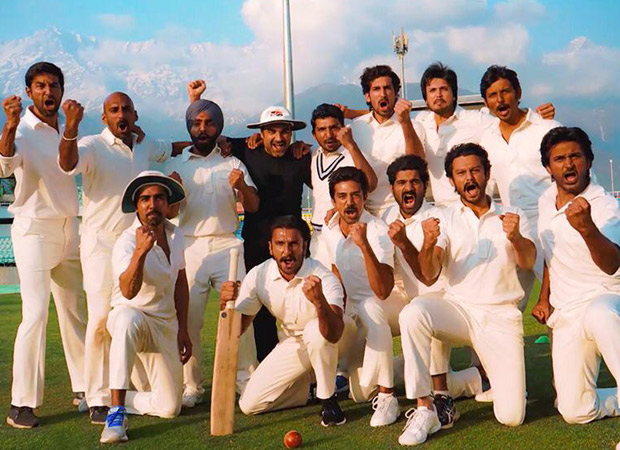 Ammy Virk says that the '83 shoot begins in the first week of June in and around London. While the cast and crew are flying down on May 27, he joins them the next day. “We have a practice session for 8-10 days in London where all the teams and players, who played in the 1983 World Cup will gather together at the cricket camp and then shoot will begin after that. There will be players from New Zealand, West Indies, Australia, Zimbabwe, England, Pakistan and Sri Lanka – all actors cast by our director Kabir Khan from all over the world and our Indian team led by our captain Ranveer Singh will have practice sessions with them. The international actors will play cricketing legends like Malcolm Marshall, Clive Lloyd, Arjuna Ranatunga, Ian Botham, and others and all those who were part of the 1983 World Cup team and other teams. Kabir sir and Balwinder sir has already had a couple of practice sessions with them but now we, the Indian team have to meet and hold practice sessions with them.”

The makers of '83 are also in talks with some the West Indian players of the World Cup squad and other international teams that played the 1983 World Cup, including Gordon Greenidge, Michael Holding, Viv Richards, Andy Roberts, Desmond Haynes, and others to meet the teams. Ammy says, “If these cricketing legends have time, Kabir sir wants them to meet us during the shoot and during our practice sessions in London. Kabir sir also wants all the players from the 1983 World Cup team India to also fly down and spend some time with us during the shoot, if possible, and tell us how they played the finals.” 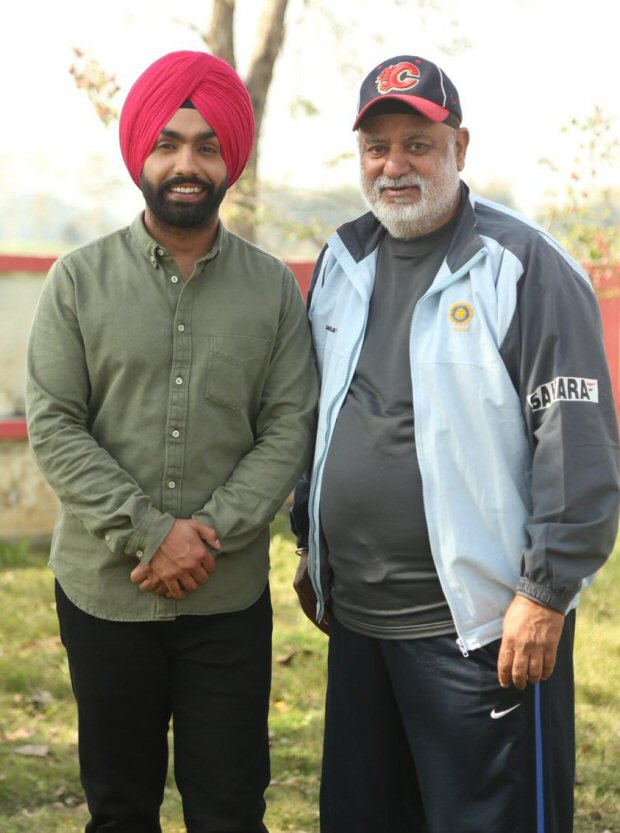 Ammy is glowing in his praises for Ranveer or Kaps as the team calls him now. "Ranveer is such an accomplished star and before I met him I was wondering how he would be as a person, before Dharamshala we were training in Mumbai and we met and it was a very nice warm meeting. He was so normal and down to earth but when we all went for our one week training camp in Dharamshala, that’s when we all bonded and came together as a team of brothers. We all including, Ranveer would train together, travel together, eat together, sing together on the bus and in the hotel, it’s was truly humbling to see such an accomplished star being so normal and like a brother to all of us. He is a superb human being. We celebrated Saquib Saleem’s birthday while training. We bonded well after the Dharamshala camp and came together as a team and that was possible because our Kaps (as Balwinder sir used to call Kapil Dev their captain) brought us together as one. Ranveer is a great rapper and would keep us entertained with his rapping. Harddy Sandhu and I would keep the other players entertained with our singing while traveling.”

Talking about their trainer, Balwinder Singh Sandhu, Virk adds, “Balwinderji is also training our cricket team and he will be on set in London for almost three months. We have learned so much from him and he is not just training us but also all the actors and guiding us how the Indian team played. He also is important in shaping the script and telling us the nature, personas of the Indian cricketers who were part of the 1983 World Cup, even though many of the players like Madan Lal, Mohinder Amarnath, Yashpal Sharma and Kapil Dev have met all our players and seen the script but they and Kabir sir, trust Balwinder sir and given him the responsibility that whatever he does will be correct. Many matches have not been recorded but Kapil sir has told us himself how he played that 175 during the finals.”