Ranveer Singh is one of the biggest youth icons in the world and here’s the proof! India’s youngest superstar is a rage among fans and audiences alike, especially with the huge Indian diaspora worldwide. Ranveer is present on Giphy, a popular American online database and search engine known for making and sharing animated images, or GIFs, and his channel has already aggregated 1.1 billion views! By doing so, Ranveer has beaten the likes of Selena Gomez, currently at 962 million, to become the fastest-growing world icon on the platform! 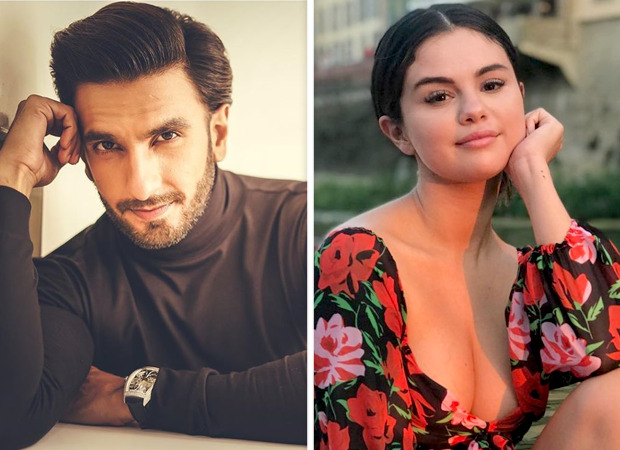 Ranveer joins the eclectic list of global power icons like Sir Paul McCartney, Madonna, Taylor Swift, and Ariana Grande who have over 1 billion views on their profile! Ranveer’s growing superstardom has resulted him in zipping past several big luminaries of the world. 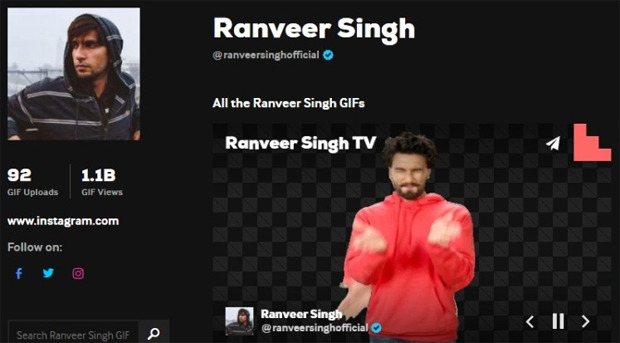 A source informs, “Several factors have resulted in Ranveer’s staggering social media following. People, especially youngsters really relate to him because he has made it big through his brilliant acting skills. His equity is extremely strong given the kind of films he does and he is considered a huge showman with eclectic fashion choices. He is the youngest male superstar of the country with a total social media reach of 56 million across platforms! Among all the Bollywood male actors, he is among the top 3 highest followed Instagram accounts. He boasts of fan clubs strength at about 4.5 million worldwide!”

The informer adds, “Ranveer’s followers are present across countries like United States, UK, Scotland, Bangladesh, Myanmar, Indonesia, France, Germany, Afghanistan, Sri Lanka, Singapore, Hong Kong, Malaysia, Australia, New Zealand, UAE countries, Canada, Japan and even in some African countries! He is a truly global phenomenon and the big blockbusters that he has delivered in the last two years have only added to the star appearance of the actor. It is, thus, not a surprise that his GIF’s can get such a staggering number of views!”