Just yesterday we had reported about Rahul Rawail sharing a post on Facebook wherein he assured fans of Rishi Kapoor about the veteran’s recovery.  Now speaking to the media, was none other than the Kapoor family member and Rishi’s brother Randhir Kapoor who too confirmed the details adding that Rishi is indeed cancer free. 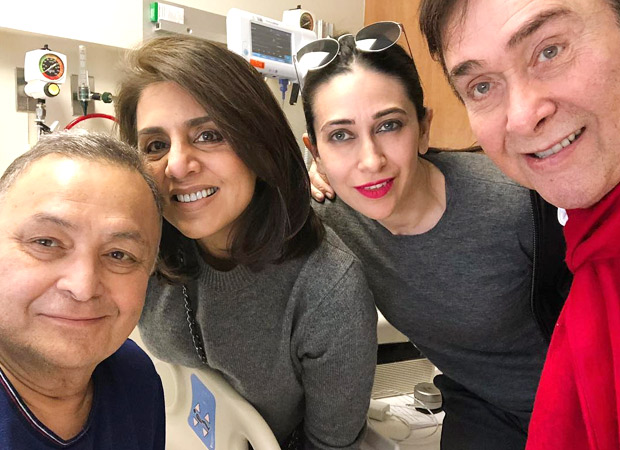 Last year, social media went into tizzy when Rishi Kapoor took to his official handle to inform fans about going to the U.S to take treatment. While he didn’t specify details of his ailment, there were speculations about him suffering from cancer. However, later that year, Neetu Kapoor had taken to social media to share a post wherein she had hinted at cancer. This once again got fans concerned for the actor’s well-being but later, Randhir Kapoor assured them after returning from the U.S. that the veteran Kapoor is well on the road to recovery.

And now yet again, the actor-brother of Rishi Kapoor, Randhir is more than happy to assure all the fans that Rishi Kapoor is hail, hearty and cancer free. He recently confirmed the developments to the media along with another piece of good news! He mentioned that Rishi will soon be returning to Mumbai and will be seen spending time with his family.

While Rishi Kapoor was in the U.S, many actors from Bollywood including Aamir Khan had visited the actor and the photos were shared by them and Neetu Kapoor on social media. Neetu Kapoor has also been giving us glimpses of Rishi Kapoor on her social media wherein she has been asserting everyone including the well-wishers that indeed her husband quite successfully recouping with the treatment.