Not too long ago, we had reported that Rishi Kapoor was keen on voting when he was in the U.S. taking treatment. Now just a day after that, filmmaker Rahul Rawail, who has been a friend of the veteran Kapoor, took to social media to speak about the actor’s health. In his recent post, Rahul confirmed that Rishi is indeed cancer free leaving the latter’s fans eager to see him return to the bay soon. 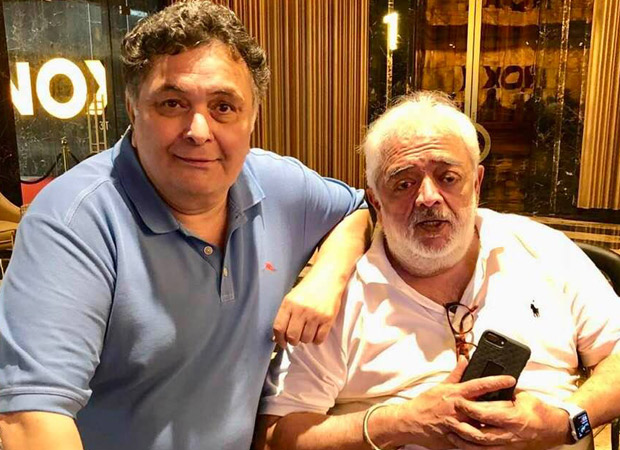 We all know that last year, Rishi Kapoor took off to the U.S. to take treatment for an unknown ailment. While the actor informed his fans and followers on social media about taking a break from his commitments for a treatment, he didn’t specify the details of it. However, earlier this year, whilst bringing in New Years with her family, Neetu Kapoor had hinted about the actor suffering from cancer. On the other hand, Randhir Kapoor recently assured fans of the veteran star that Rishi is doing quite well and is on the road to recovery.

And now the post shared by Rahul Rawail further asserts that Rishi Kapoor will soon be back to Mumbai – hale and hearty!

However, Neetu Kapoor and Rishi’s family, who have been quite active on social media, are yet to share the news about the actor’s recovery!