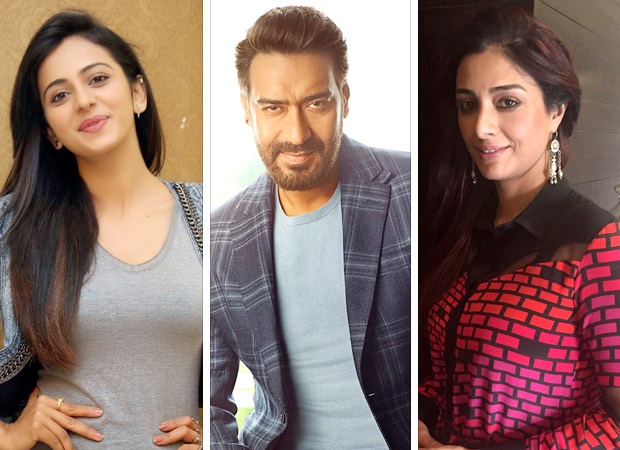 While Luv Ranjan brings forth yet another movie with his favourite Pyaar Ka Punchnama star cast [Sonu Ke Titu Ki Sweety], the filmmaker is also venturing into production with an Ajay Devgn starrer that was announced a year ago. Now the latest update about the film is that Rakul Preet Singh will be a part of it along with Tabu.

Luv Ranjan had earlier maintained that the film will be a quirky take on contemporary urban relationships. Now we hear that Rakul too will play an integral role in the film but the details are still being kept under wraps. The actress is said to play the role of a feisty and super confident urban girl. On the other hand, we had earlier reported that the makers are keen on reviving the Tabu – Ajay Devgn chemistry from the 90s for their forthcoming film and hence the actress too will be seen romancing the leading man.

On the other hand, appreciating Rakul, Luv Ranjan mentioned that she fit the bill perfectly for this role in the film. He stated that it was her wonderful energy and her natural persona that prompted him to choose her to essay this character in the film. Also, co-producer Bhushan Kumar, head honcho of T-Series too is happy about Rakul Preet being a part of the film.

Bhushan Kumar expressed his happiness over taking forward his long standing association with Luv Ranjan and Ajay Devgn with this film. Besides this, he was also glad about the fact that Rakul who made her Bollywood debut with his wife Divya’s directorial debut Yaariyaan will play such an important role in it. Furthermore, he was also all praises for Rakul’s talent that the actress has time and again showcased in her South ventures.

As for the untitled venture, it is directed by Akiv Ali and is slated to go on floor soon. It is expected to release during Dussehra this year, on October 19.