Known for his comedy roles in films, actor Rajpal Yadav recently had great news to share with his fans. The Main, Meri Patni Aur Woh actor happily announced the arrival of his second child with his second wife Radha and it is a GIRL! Rajpal excitedly took to social media to share the news with his fans and well-wishers. 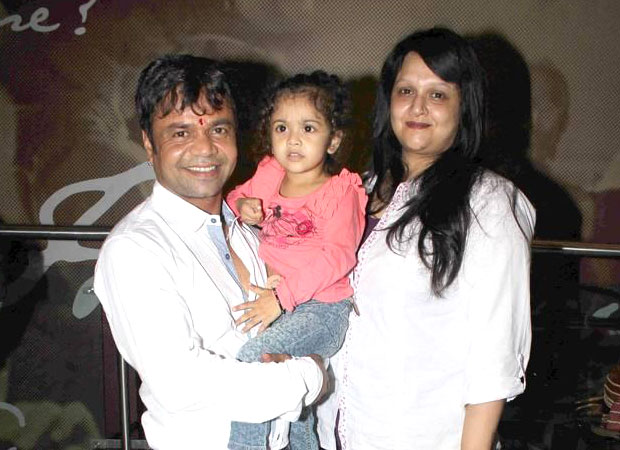 Rajpal Yadav took to Twitter to announce the arrival of his second daughter with a picture. The actor posted an adorable image of his elder daughter wherein she is seen wearing a tee that reads ‘Big Sister’. Aww.. isn’t that just cute? Here’s the glimpse of the post shared by the actor on his handle:

My little Honey is now a Big Sister!! On this auspicious day of Navratri we are blessed with another Daughter????❤#HappyNavratri #Blessed pic.twitter.com/B73aOfIgdn

Besides his two daughters, Rajpal Yadav has another daughter Jyoti Yadav from his first wife Karuna. His first wife had passed away when she was giving birth to their daughter Jyoti. After that, the comedian actor married the Canadian based Radha. Jyoti is already married to a banker and had tied the knot in a lavish Indian ceremony last year, in 2017.