Earlier this month, the #Metoo campaign gained an all new momentum with Tanushree Dutta throwing sexual harassment allegations at Nana Patekar. Followed by that, the audiences were in for shock, when, former partners, Anurag Kashyap and Vikramaditya Motwane accused their friend and co-partner Vikas Bahl of sexual harassment of their employee. This was followed by another allegation made by Kangana Ranaut about an incident when she was working with the filmmaker in Queen. And now in view of the same, the actress has made another shocking statement and this time it involves none other than Hrithik Roshan. 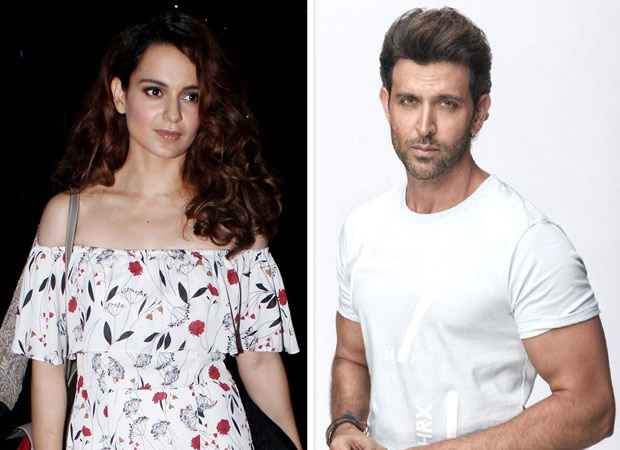 Well, let us tell you that the controversy that started two years ago has once again resurfaced! The Hrithik Roshan and Kangana Ranaut controversy is back as the actress once again didn’t mince words as she dragged the name of the Bollywood superstar in a new controversy.

In light of recent developments, when there were talks that Vikas Bahl license might be revoked, Kangana was questioned about the latest development by a leading news channel. That’s when she went on to say, "Whatever is happening with Vikas Bahl is absolutely correct. There are many people like Vikas Bahl he is not the only one. We still have a lot of work to do it so we should not start the celebrations as yet.  We have a long way to go. We have to make this place [world] absolutely safe for woman. There are men who make false promises of love and marriage to a girl to get them in to a relationship that is also a type of harassment. There are married men keep their wives as trophies and keep young girls as their mistresses like Hrithik [Roshan]. They lure young beautiful girls with the promise of marriage and later try to prove them mad. Nobody should work with such people. They should be boycotted.”

Interestingly, Kangana Ranaut is all set to clash with Hrithik Roshan at the box office next year. The actress’ ambitious film Manikarnika: The Queen of Jhansi is slated to release on January 25 whereas Hrithik Roshan starrer Super 30 too will be releasing on the same date. Also, another fact is that this Hrithik film is directed by Vikas Bahl. When the allegations of sexual harassment came to light, Hrithik shared a post on social media asserting that no one who has been unjust to women or harassed them will be a part of Super 30. We wonder what will be his response to the new attack made by Kangana!

Also Read: Super 30: Is Hrithik Roshan caught on a wrong foot with regards to Vikas Bahl?