The recently held Vijay Awards 2018 was definitely a glamorous evening with many celebrities from the Tamil film industry gracing the occasion. Superstars from the industry like Nayanthara, Dhanush amongst others walked away with their awards that evening. Some other celebrities like Vijay Sethupati, Revathy, music maestro A R Rahman among others too won big at the 10th Annual edition of Vijay Awards. 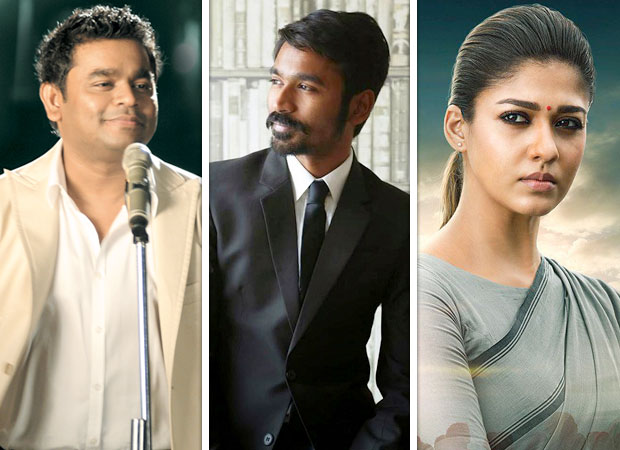 One amongst the winners was South superstar Nayanthara who walked with away with not one but two awards for the Best Actress category. She won the Best Actor [Female ] as well as the Favourite Actor Female in audiences choices for her film Aramm. Directed by Gopi Nainar, the film is a female centric-drama featuring Nayanthara in the role of a district collector that revolves around water scarcity and other social issues.

On the other hand, music director A R Rahman once again managed to woo the audiences walking away with an award for his music in the Karthi, Aditi Rao Hydari starrer Kaatru Veliyidai, that was directed by Mani Ratnam. A R Rahman also has won National Film Awards for Best Music Direction for the same film this year.

As for Dhanush, he too emerged victorious with an award being presented to him for being the Best Entertainer Of The Year. Some of the popular films that received several awards during the glamorous evening were Mersal starring Thalapathy Vijay and Vikram Vedha starring R Madhavan and Vijay Sethupati. While Mersal was voted as the Favourite Movie by audiences, Vijay Sethupati won the Best Actor award for Vikram Vedha.

Aditi Balan, who was much appreciated for her film Aruvi, won the award for Best Debutant Female. Not just that her film also won in the Best Movie category.

Vasanth Ravi, Vivek Prasanna, Revathy, SJ Suryah were some other actors who managed to win the Star Vijay Awards in different categories this year. The Lifetime Achievement Award was given to veteran actor Sivakumar. For the uninitiated, he is the father of now superstars Suriya and Karthi.

Also Read: Here are all the deets on A R Rahman’s association with Rajkumar Hirani for Sanju