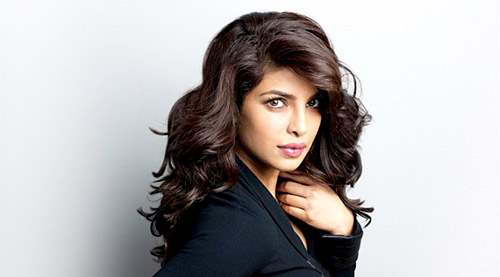 Often, we have seen Priyanka Chopra come out in support of women and their rights and she also has been a part of UNICEF initiatives related to the cause. So it doesn't come as a surprise when the actress claims that she is a proud feminist but at the same time, she also understands and asserts the meaning of the word.

'Feminism', in her opinion, is a word that has been bastardized. Further describing the statement, Priyanka Chopra added that the concept of feminism has nothing to do with berating men or the opposite gender in any manner but it is a fight for just equal rights. Stressing on the fact that she believes in women power, Priyanka also declared that she isn't afraid of speaking her mind. With many celebrities getting into controversies and scandals due to certain statements they made on a public platform, some of them from the fraternity have started to take cautious steps or precautionary measures to avoid such debacles. However, Priyanka Chopra is certain about her straight-forward attitude and continues to maintain that she isn't afraid of having an opinion or talking about it.

Priyanka Chopra too recently received flak over a comment where she stated that 'she would beat the shit out of a man if he cheated on her'. The actress was accused of making sexist statements and was also criticized for the 'violence' she used in it. Explaining the same, Priyanka clarified that she meant it only as an analogy of sorts that she would feel if someone actually cheated and did not mean to promote any kind of physical violence.

Last seen in Jai Gangaajal, Priyanka Chopra is currently shuttling between Los Angeles and Mumbai. She is shooting for her TV series 'Quantico' as well as her debut Hollywood film Baywatch.