Globetrotter Priyanka Chopra is the face of the Nirav Modi diamond jewellery house. The actress, who has featured in several campaigns, has sued the jewellery company on grounds of defrauding her. 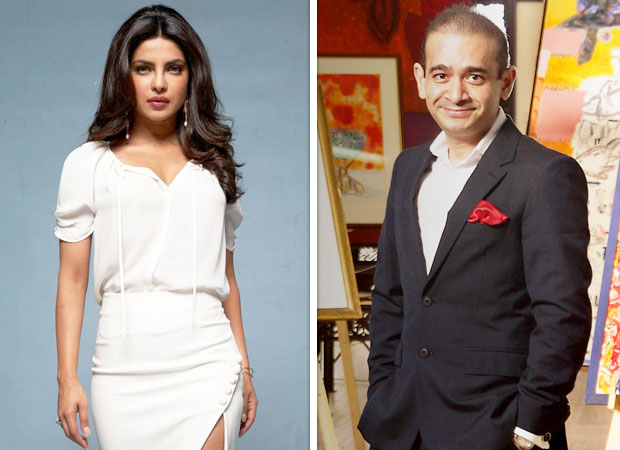 According to the reports, Nirav Modi has been accused in Punjab National Bank's Rs. 11,000 crore fraud. Priyanka Chopra's management has sued the company claiming that she had agreed to appear at two parties but wasn't paid for the same. The actress has even accused the company for not paying her for the ad campaign.

When Priyanka Chopra came on board as their global brand ambassador, she had released an official statement about the association in January 2017. "My association with Nirav Modi is like a meeting of minds in many ways. We are both fiercely proud of our heritage and are united by the idea of bringing a modern India to the global forefront. His jewels are one of a kind and effortless, with an understated elegance”, the actress said back then.

Responding to the rumours, a spokesperson for Priyanka Chopra said, "There are speculative reports that Priyanka Chopra has sued Nirav Modi. This is not true. However, she is currently seeking legal opinion with respect to terminating her contract with the brand in light of allegations of financial fraud against Nirav Modi."

According to the reports, Sidharth Malhotra, who has also appeared in one of the campaigns, is also considering legal options for himself.