Shah Rukh Khan and Gauri Khan's son Aryan Khan was granted bail on Thursday, 25 days after his arrest in a drugs case. Justice Sambre while passing the bail judgment said that a detailed report will be issued on Friday. On Friday afternoon details of the bail order were issued. 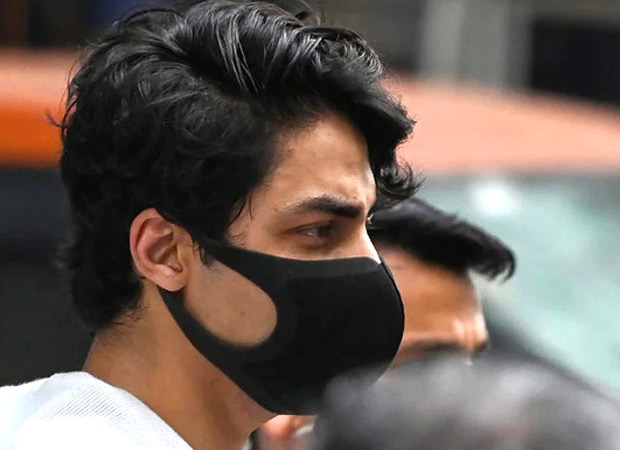 The bail order of Aryan Khan states, “He should present PR bond of Rs 1 lakh with one or more sureties in like amount. He should not indulge in any similar activities, not try to establish contact with co-accused, and should surrender his passport before Special Court immediately.” The trio will also have to appear at the NCB office every Friday between 11 am to 2 pm to mark their presence.

There are a total of 14 bail conditions in the order issued by the Bombay HC Justice Sambre: 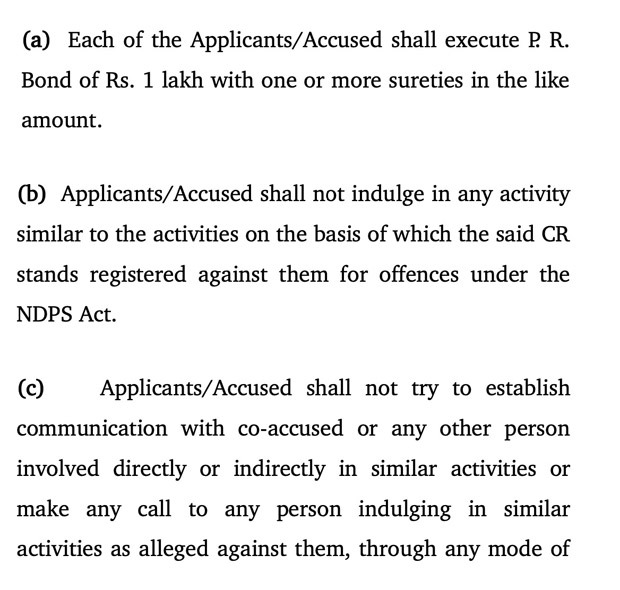 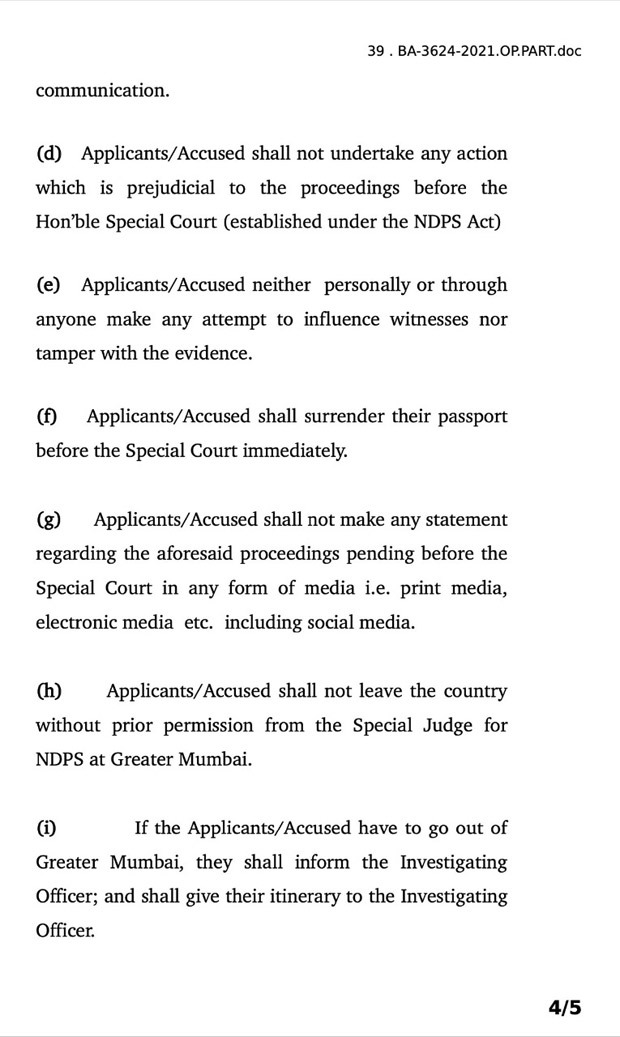 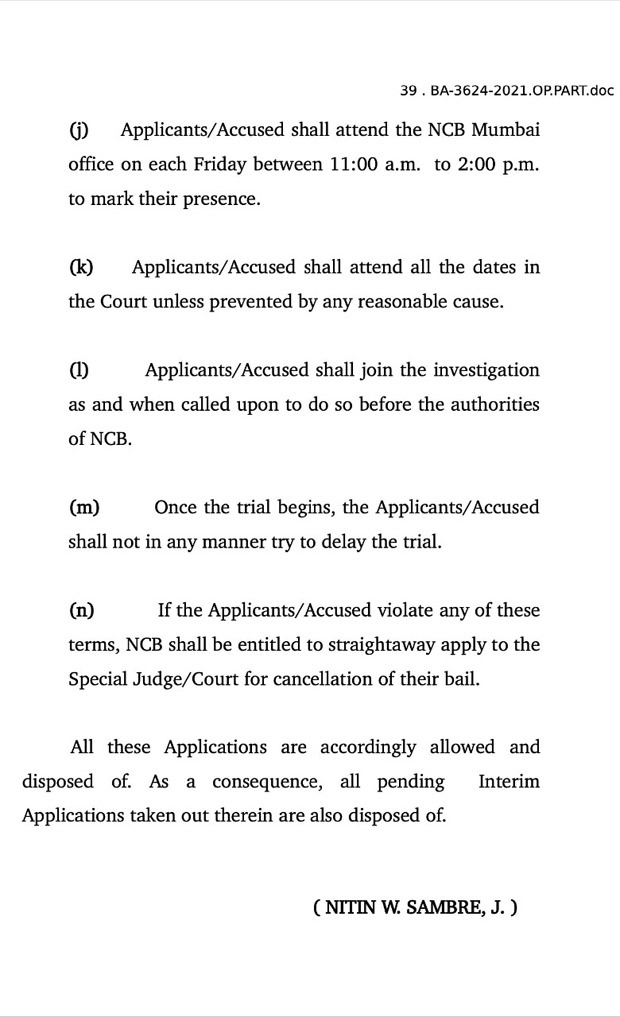 The Bail order will have to be passed on to a special anti-narcotics court who will then issue a release order which will be sent to Arthur Road Jail.

ALSO READ: Bollywood running helter-skelter to wipe out their phones amid chats being leaked amid Aryan Khan drugs case