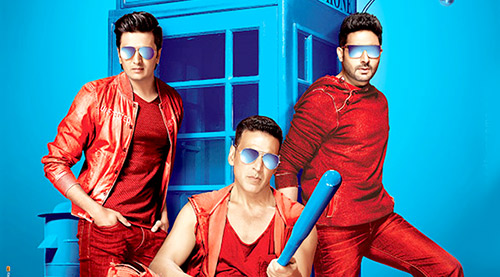 The soon to release third instalment in the Housefull franchise Housefull 3 seems to have run into trouble. In fact we hear that a police complaint has been filed against producer Sajid Nadiadwala and directors Sajid - Farhad, along with Ashvini Yardi and Narendra Khuswala under section 420, 406, 379 and Copy Right Act.

The complaint that has been filed by writer and lyricist Farooq Barelvi, contends that the script forHousefull 3 had been originally written by him and that the makers of the film along with actor Akshay Kumar have cheated him. In his complaint, Barelvi states that the script written by him titledTigdambaz had been registered with the Association of Writers in 2009, and was later narrated to Akshay Kumar, Narendra Khuswala and Ashwini Yardi who had expressed interest in developing the story into a film.

Following this, Barelvi claims that in 2014 Yardi had directed him to enter into a contract with the companies Bulls Entertainment and Baseline Films and Arjun Motion Picture which were owned by Narendra Khushwala and register the script. Post signing the contract, Barelvi states that he was paid a token amount of Rs 51000/-. However, despite commencing work on the script and being paid an addition al Rs. 10000/- there was no progress on the film from the makers end, and his repeated attempts to contact them proved futile. Not ending there, Barelvi's complaint also alleges that the script for the soon to release Housefull 3 is based on the same literary work as his amounting to copy right infringement.

As for the film itself, Housefull 3, which is directed by Sajid- Farhad features Akshay Kumar, Riteish Deshmukh, Abhishek Bachchan, Lisa Haydon, Jacqueline Fernandez and Nargis Fakhri. The film is slated to hit screens this Friday June 3.