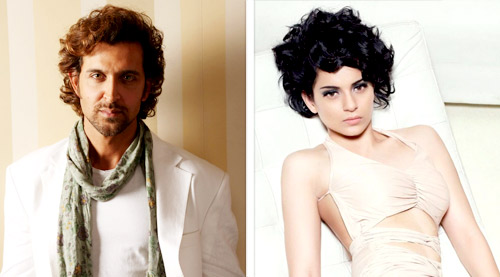 While the controversy surrounding Hrithik Roshan's public dispute with Kangna Ranaut seems to have reached a dead end, all eyes are now glued to the superstar's next big release, the period epic Mohenjo Daro which opens on August 12.

The big question facing the big release is, will it be affected by the squalid squabbling?

"Not at all," asserts a trade expert who doesn't want to be named. "The bickering doesn't bother the box office. Hrithik has a huge fan-following and a proven track record at the box office. Hard work is his USP. Not media image. He has already given a big historical hit with the same director Ashutosh Gowariker."

So confident is Gowariker that we hear the film will have one of the biggest ever release for a Hrithik Roshan starrer, although it is being pitched against the Akshay Kumar starrer Rustom. Says a well-informed source, "Ashutosh is very confident of Mohenjo Daro. He is planning a release bigger than Hrithik's Krissh 3 and Bang Bang."

According to this source in the know, the big USP of Mohenjo Daro is its genre. "There are no major costume dramas this year except Mohenjo Daro. Last year there were Rajamouli's Bahubali and Bhansali's Bajirao Mastani. This year there is only Hrithik's costume drama. He has proved in the genre with Gowariker's Jodhaa Akbar."

The only weak point in the box office consideration is the leading lady. For the first time in his career Hrithik is paired opposite a newcomer Pooja Hegde. Even as a child actor Hrithik had Sridevi as his co-star in Bhagwan Dada.

Advance reports on Ms Hegde suggest she is "dynamite" on screen.

"Pooja is fully confident. She has shot some sizzling love scenes with Hrithik. She doesn't let you feel she is raw or new. She will be a big star after Mohenjo Daro," says a source closely associated with the film.

As for the competition from the Akshay starrer Rustom, the genres are completely different. Though both the films are set in the past, Rustom goes back to 50 years, while Mohenjo Daro goes back to 2600 BC.

Old better be gold this time. Ashutosh Gowariker has not had a successful film for years. To ensure he doesn't lose his audience he has edited Mohenjo Daro down to a running time of just over 2 hours. Gowariker's Swades, Jodhaa Akbar, What's Your Raashee? and Khelenge Hum Jee Jaan Se all rammed into more than three hours.