A police complaint has been filed against Kangana Ranaut for supporting her sister Rangoli Chandel after the latter's Twitter account was suspended due to alleged hate speech directed against a community. 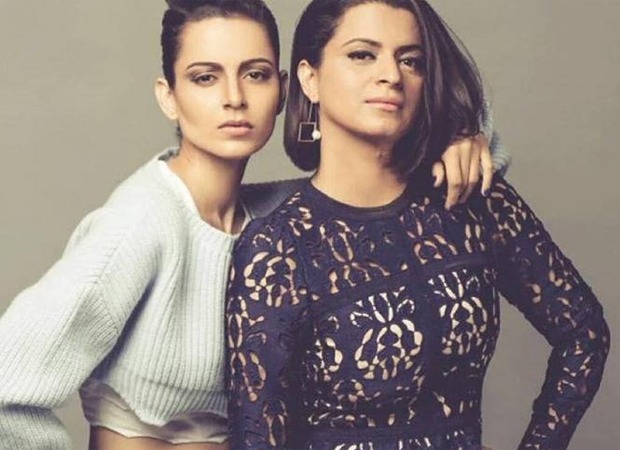 As per reports, advocate Ali Kaashif Khan Deshmukh, a resident of Mumbai, has filed a complaint against the actress. He says that while one sister was calling for killings and violence, the other sister came out in support after being criticized, which led to Twitter account suspension.

The complaint also alleges that Rangoli Chandel has misused the stardom, fame, fanbase, money, power, and influence to promote hatred, disbalance, fights in the country for their personal benefits and gains.

In the video, Kangana Ranaut addressed Rangoli Chandel's twitter account being suspended. "my sister Rangoli Chandel had specifically mentioned that people who have attacked doctors and police personnel should be shot dead," Kangana said in her video message. She stated Farah Ali Khan and Reema Kagti made false allegations that Chandel was targetting a specific community.

"I know the nation is going through a lot right now, but we have to find a way to completely demolish these (social media) platforms and start our own platforms," she said.

Previously, the same advocate filed a complaint against Rangoli Chandel for her alleged hate speech.

ALSO READ: Kangana Ranaut starrer Dhaakad not to release this Diwali; no clarity when it can go on floors