PM Narendra Modi wrote a heartfelt letter addressing to Ajay Devgn’s mother on his dad Veeru Devgn’s demise and spoke about how the industry has lost a great talent and a human being. The Prime Minister wrote, “I am deeply saddened to learn of the demise of Shri Veeru Devgan who was widely respected for his outstanding work across various domains in the Hindi Film Industry. This is a great loss for the industry.” 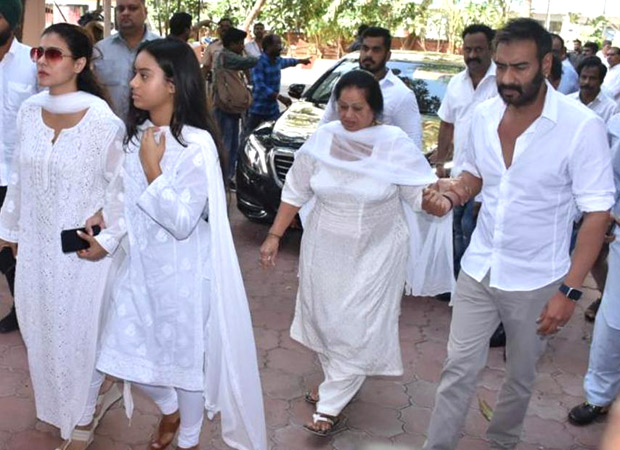 He further wrote, “There is something moving about people like Shri Veeru Devgan who took great personal risks just to enthrall audiences in an era of no 'visual effect', knowing well that the glory of taking those risks would not be credited to them. He was known for his personal daredevilry, for pushing the limits as an action choreographer as well as for being meticulous about the safety of his team. No wonder he was universally loved and respected in the film industry."

The thoughtful letter ended with, “I convey my deepest condolences to Shri Veeru Devgan's family, friends, admirers and the film industry as a whole. May he continue to inspire risk-takers in the world because it is those who take risks that define the direction our world takes."

My Mother & entire Devgan family are deeply touched & humbled in silence by this thoughtful gesture from our Honourable Prime Minister @narendramodi.
Thank you Sir. ???? pic.twitter.com/sJzFRzvMZb

Ajay Devgn took to Twitter sharing the letter and wrote, “My Mother & entire Devgan family are deeply touched & humbled in silence by this thoughtful gesture from our Honourable Prime Minister @narendramodi. Thank you Sir.”