Amazon Prime Video today announced the digital premiere of the recently released sports biopic, Saina. With Parineeti Chopra as the lead, the film follows the career highs and lows of Saina Nehwal, one of India's ace shuttlers and one of the most celebrated badminton players in the country. The biopic highlights the people who have been an integral part of Sania’s professional journey and contributed to building her resilience and unbreakable spirit. 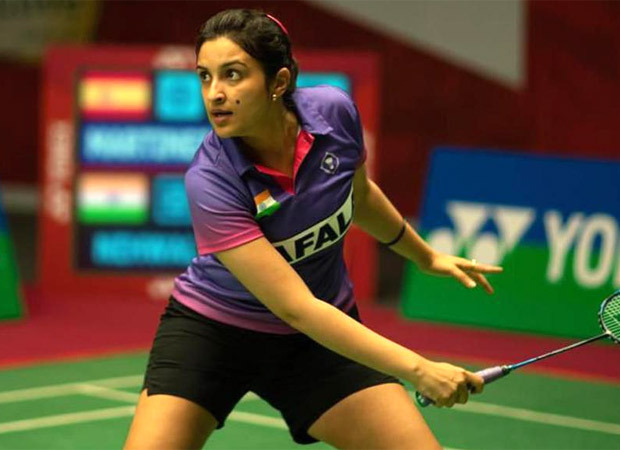 Saina is directed by renowned filmmaker Amole Gupte and produced by Bhushan Kumar, Krishan Kumar, Sujay Jairaj, and Rashesh Shah, co-produced by Vinod Bhanushali and Shiv Chanana under the banner of T-Series, Deepa Bhatia (Amole Gupte Cinema), and Front Foot Pictures. Starting April 23rd, Prime members in India and across 240 countries and territories can stream Saina from the comforts of their homes.

The film chronicles Saina's childhood, her growing interest in badminton and her move from Haryana to Hyderabad, where she meets the coach who changed her life. The story speaks of her struggles and achievements and the journey to earn a leading position in the world of sports. Saina is an inspiring tale of a sports personality, featuring aspects of personal and professional life, aimed to encourage, inform and entertain the audiences. Get ready to watch Parineeti Chopra in her never-seen-before avatar with the digital premiere of Saina on the streaming service.

“At Amazon Prime Video, we have always endeavored to bring fresh stories and latest releases on our service to entertain our customers” said Vijay Subramaniam, Director and Head, Content, Amazon Prime Video, India “We are thrilled to announce the digital premiere of one of the most eagerly awaited films of the year, Saina. An inspiring story of a real-life champion backed by Parineeti Chopra’s impressive performance and Amole Gupte’s great direction makes this film the perfect addition to our content offering. We are happy to provide our customers with the choice of enjoying the latest Hindi blockbuster movies from the safety and comfort of their homes, not just in India but across the globe.”

"I am extremely thrilled with the film having a global digital premiere on Amazon Prime Video, bringing such an inspirational story to audiences across the world,” said Parineeti Chopra about the film’s digital release, and continued further, “With this film, I have learnt that a biographical film comes with many challenges; my biggest challenge as an actor was to get into Saina Nehwal’s shoes, literally and figuratively, to stay true to the story and recreate her accomplishments and hardships. As an actor, I embraced each challenge, and I do think that I learnt a lot as a professional in the process. I worked on the physical appearance and the right body language, and I am glad it worked out in my favour. I had a great time working on this film."

Producer Bhushan Kumar said, “Saina is a story of a young girl who dared to dream and dared to achieve. Her story needs to be heard and seen and we are glad through the platform of Amazon Prime Video everyone can witness this journey of success.”

Director Amole Gupte summed up, “Most excited that the world can now access Saina. They’ve been waiting patiently for the film to enter their homes and in these difficult times, I hope the film brings positivity and optimism to viewers.”