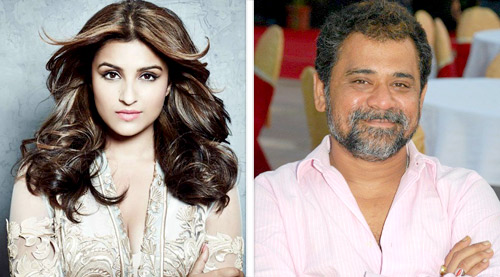 Readers may recall that we had reported about Mubaraka, the very film that is being written by Milap Zaveri and directed by Anees Bazmee. The film will see the first time pairing of Anil Kapoor along with his nephew Arjun Kapoor (whose role was initially supposed to be played by Abhishek Bachchan).

The latest buzz on the film is that Anees Bazmee has now signed the gorgeous and beautiful Parineeti Chopra to play the female lead, however there has been no confirmation about the same. If this buzz turns out to be true, then, besides Anil Kapoor and Arjun Kapoor sharing the screen space for the first time, the film also witness yet another fresh pairing of Arjun Kapoor with Parineeti Chopra.

While repeated attempts to reach Anees Bazmee and the spokesperson of Parineeti Chopra to confirm the news proved futile, do keep watching this space for developments.

Mubaraka is being produced by Murad Khetani and Ashwin Varde and the final draft of the film is being expected to be ready by July this year.