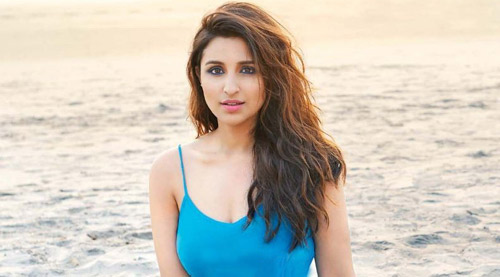 Last seen in Kill Dil, Parineeti Chopra had revealed that she immediately decided to sign the role of Bindu in this upcoming love story, only because this role gave her the opportunity to turn singer. Playing the role of an aspiring singer, we hear that the actress will be seen as a Tamil girl in Meri Pyaari Bindu.

We have previously received a few glimpses of the fun-loving character of Bindu whilst the team was shooting for the film in Kolkata. And now, it is being said that the film will once again explore the famous cross cultural love story between Tamil girl Bindu aka Parineeti Chopra and Bengali babu Abhimanyu Roy aka Ayushmann Khurrana. We also hear that the lead actors who are good singers in real life, will also be lending their voices for the songs in the film. A small teaser of Ayushmann had previously revealed that he plays the role of a writer in the film.