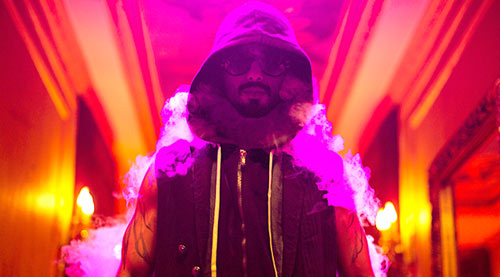 What started off as a mere film that deals with the drug menace in the state of Punjab has now fuelled up into a huge controversy which became murkier as a series of political accusations and legal procedures resulted in major cuts in title and dialogues of Udta Punjab. In fact, a press conference was held last evening wherein several filmmakers from the fraternity, the guild and filmmakers association came out in support of the producers and director of Udta Punjab and lashed out on the censor board which recommended over 90 cuts in the film.

The said cuts included any reference to Punjab or the state and that means even names of cities/towns like Jalandhar, Amritsar, Chandigarh, Ludhiana among others were asked to be chopped. In fact, certain words that represent politics like election, MP, Party from 'Party worker', MLA, Parliament too were asked to be cut besides expletives in dialogues and a few words like 'Chittave' from the songs. Further, the censor board also demanded to delete the name of a dog which was 'Jacky Chain' along with close up shots of drugs being injected and that of Tommy Singh played by Shahid Kapoor urinating in front of the crowd. These cuts suggested by the censor board did not go down well with the makers who decided to fight the battle and decided to move the High Court over the same.

After the Revising Committee recommended them, the makers of Udta Punjab are now planning to approach the Appellate Tribunal. However, recently, a source from I&B Ministry have claimed that the makers of Udta Punjab have been spreading misinformation. Accusations have been thrown towards each other as Anurag Kashyap was alleged of taking money from the AAP to make this film on Udta Punjab to fulfil a political agenda while certain filmmakers have been blaming the ruling BJP government for the film scandal. Rubbishing all of it, the source from I&B Ministry recently maintained to a leading daily that they are ready to talk and sort out the matter but the filmmakers want to take this approach of calling out to the media to spread misinformation, whereas, the government has no objection towards creativity, neither is it looking at the film from a political point of view where it will affect the upcoming elections in Punjab.

The decision on Udta Punjab is currently on hold as the Chairperson of FCAT (Film Certification Appellate Tribunal) is on leave till June 16.

Isha Koppikar reveals that her role in…