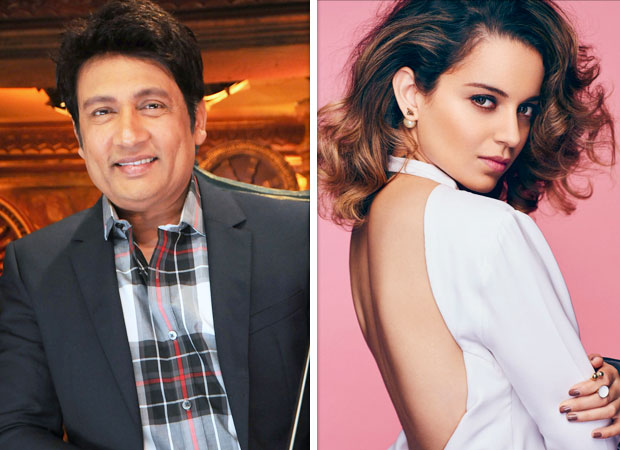 Kangana Ranaut has been in news since a few weeks, more for her controversies than her recently released film Simran. Her stint on the chat show ‘Aap Ki Adalat’ went viral for her remarks on Hrithik Roshan, Aditya Pancholi and Adhyayan Suman. While Hrithik Roshan maintained a stoic silence over the allegations of Kangana, Aditya went all out and criticized her. Adhyayan meanwhile claimed that he was unaware of the said episode of ‘Aap Ki Adalat’.

Adhyayan Suman’s father Shekhar Suman too didn’t react directly but since two weeks, he has been posting cryptic tweets. He wasn’t naming anyone but Twitterati did wonder if he was directing his posts towards this feisty actress. And yesterday, he posted a tweet that read, “Itna hungama ..itna shor sharaba..nateeja? Khoda pahad ..nikli chuhiya!” That it came three days after the release of Simran made everyone sure that Shekhar Suman is mocking Kangana Ranaut with this tweet. After all, Simran got thumbs down from viewers and critics alike. Hence, Shekhar making fun of Kangana by stating that all her antics haven’t helped in making Simran a success, cannot be ruled out.

Four days after Kangana Ranaut’s ‘Aap Ki Adalat’ interview was aired, Shekhar Suman had tweeted, “Im in a phase of forgiving ppl for their trespasses. As they say ‘forgive them my Lord for they don't know what they say n what they do’”. But with his latest tweet, it seems that Shekhar hasn’t forgiven the actress for her comments on his son. Both Adhyayan and Kangana dated briefly when they were shooting for Raaz - The Mystery Continues. Last year, after the Hrithik Roshan-Kangana Ranaut feud broke out, Adhyayan gave an in-depth interview wherein he accused Kangana of being violent, abusive and even practising black magic on him. Kangana hit back at Adhyayan’s allegations on ‘Aap Ki Adalat’.

Meanwhile, Shekhar Suman is also gearing up for a film release, Bhoomi, which releases this Friday. It also stars Sanjay Dutt and Aditi Rao Hydari and is directed by Omung Kumar.