After Vidya Balan, yet another actress from B-town is all set to make a rather interesting appearance in the NTR biopic. Rakul Preet Singh has apparently been approached to play the role of the late actress Sridevi in the film.

If the recent reports are to be believed, Rakul Preet Singh, in all possibility, may play the celebrated superstar Sridevi. It seems that NTR and Sridevi were one of the most popular onscreen pairs during that generation. The duo has acted together in as many as 14 films which include Bobbili Puli and Justice Chowdhary. These reports also claim that the actress may have got to give up on the project despite her keenness. It seems that Rakul, who was approached for the role recently, was initially really keen on saying a yes but she has a hectic schedule that may act as a spoilsport. 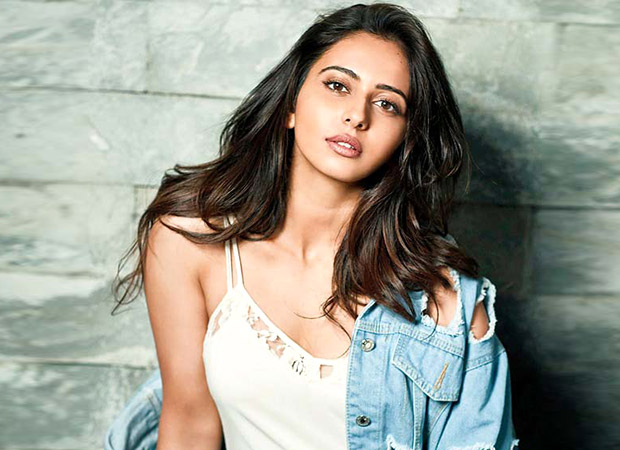 The reports state that all of this is still in the discussion stage and an official announcement will be made soon. Considering that Rakul already has NGK, Karti starrer Dev amongst other films, the actress is expected to be running on a packed schedule. On the Bollywood front, she will be seen alongside Ajay Devgn and Tabu in the next Luv Ranjan production, directed by Akiv Ali.

Coming to the film, NTR biopic is being planned on much grand scale. As for the casting, the film will feature Vidya Balan as Basavatarakam. The actress, who has rarely been a part of South projects, will be seen as NTR’s wife in the film which features NTR’s son Nandamuri Balakrishna as NTR. Besides them, Rana Daggubati is expected to essay the role of the then Andhra Chief Minister Chandrababu Naidu and Jisshu Sengupta as L V Prasad, the filmmaker who launched NTR.

NTR, that traces the life journey of this actor and politician, is directed by Krish and is expected to be one of the most awaited projects in Tollywood. In fact, the first poster of the film too received a great response.

Also Read: Will Mahesh Babu and Rakul Preet Singh come together again for this film?