Mission Mangal stars Akshay Kumar, Sonakshi Sinha, Vidya Balan, Nithya Menen, Taapsee Pannu, and Sharman Joshi among the others. With a star cast this stellar and the plotline revolving around Mars Orbiter Mission (MOM) and has already been creating a lot of buzz for all the right reasons. While promoting the film shouldn’t really be that much of a task, the makers are not leaving any stones unturned when it comes to marketing. 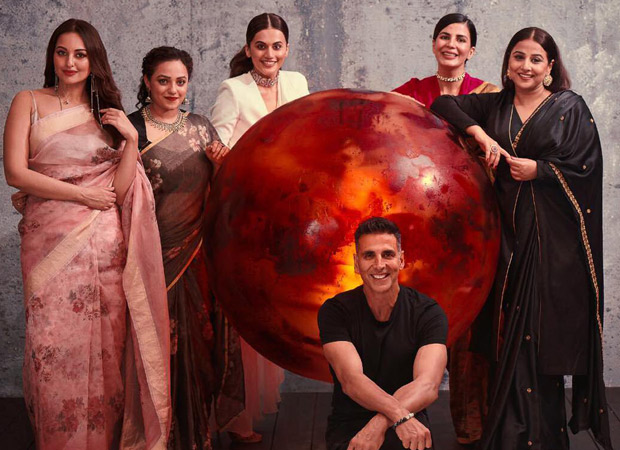 Mission Mangal is being endorsed by some big brands marking Sonata’s first collaboration with a film. They have released exclusive ladies watch collection called, Sonata – Mission Mangal Ladies Collection. The brand has never associated with any films before this. Kajaria Cement has also released an advertisement featuring Akshay Kumar who also happens to be the brand ambassador. Apart from these two brands, a travel website called Ixigo has also started their special campaign offering discounts on flight bookings using the code, ‘MISSION1000’.

The movie is slated to release on August 15 and is surely going to be the one to watch out for.

Also Read: Akshay Kumar reveals how he broke a transistor to discover a magnet as a kid!