Actor Meezaan Jaffery who recently worked in Priyadarshan's romantic comedy Hungama 2 had already made his Bollywood debut by being the body double for Ranveer Singh in Sanjay Leela Bhansali's Padmaavat. Before venturing into films the actor assisted filmmaker Sanjay Leela Bhansali as an assistant director and was chosen to play the body double for Ranveer Singh. He revealed that seeing ace stars like Ranveer, Deepika, and Shahid performing live gave him a lot of learning lessons in acting. 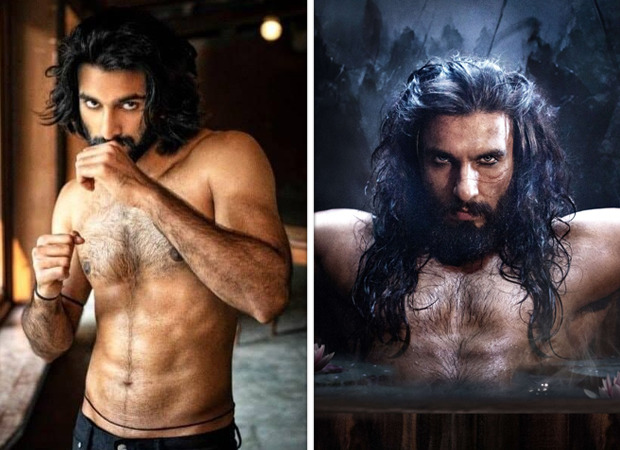 Meezaan Jaffery opens up on being Ranveer Singh’s body double in Padmaavat, says he was petrified

Meezaan was immensely supported and guided by his mentor and director Sanjay Leela Bhansali, who gave him a chance to enact Ranveer's scenes and gave valuable comments on his act. The 29-year-old actor became stressed when he was asked to chip in for Ranveer who was busy that day. Nevertheless, Meezaan got ready as Alauddin Khalji and rehearsed his lines. The reason he got stressed was that he had to perform in front of his mentor Sanjay Leela Bhansali and 500 junior artists around him. The actor revealed that it was his big-screen debut in every sense and he was frightened when he had to copy Ranveer's characteristics.

Though the actor was anxious and under the weather, he still went ahead and gave his shot. Meezaan Jaffery was introduced in Bollywood by Sanjay Leela Bhansali in his movie Malaal which was directed by Mangesh Hadawale opposite debutant actress Sharmin Segal. The Hungama 2 star is the son of Bollywood actor, dancer, and comedian Jaaved Jaaferi and is the third generation in his family to take up acting.