It is a known fact amongst the fraternity that Akshay Kumar and Vipul Shah share a great camaraderie in real life. Considering that their collaboration Namastey London was a sleeper hit, the actor-filmmaker duo wanted to take their association forward with a sequel. That’s when the two of them came up with the idea of Namaste England. But unfortunately, Akshay couldn’t be a part of it and Arjun Kapoor came on board. 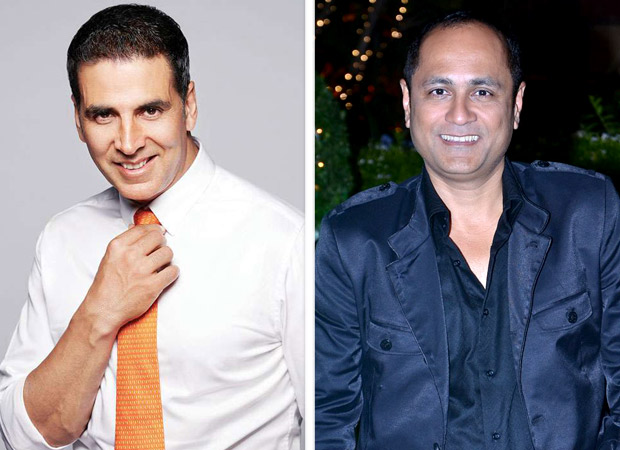 Did you know? Title of Namaste England is given by Akshay Kumar, CONFESSES Vipul Shah

Speaking on the same, Vipul Shah, who is gearing up for the release of Namaste England, stated about what transpired before Arjun Kapoor was roped in. The filmmaker revealed that it was actually Akshay Kumar who came up with the idea of Namaste England. The filmmaker had planned the entire film keeping Akshay in mind. However, he was forced to change his decision because of the superstar’s busy schedule.

Akshay Kumar had over four films in the pipeline for release and owing to his hectic work commitments, the filmmaker decided to take forward the film with someone else in the lead. Did you also know that even the title was registered with Akshay Kumar. The actor had registered Namaste England under his production house but keeping in mind that the amazing rapport he shares with Vipul Shah, he decided to even part with the title.

After Arjun Kapoor came on board, replacing Akshay Kumar, reports had it that Shah decided to do so after fallout with the superstar. Denying these rumours, Vipul maintained his relation with Akshay and Amitabh Bachchan goes beyond work and there is an emotional connect he shares with them since they have worked with him in his Hindi debut Aankhen.

Reminiscing about one such incident and rubbishing the speculations about his alleged fight with Akshay Kumar, Vipul maintained that he recently met Akshay when the two of them were shooting in Mehboob Studios. When Akshay came to know of it, he not only met Vipul but also insisted on clicking pictures with the film’s leads Arjun Kapoor and Parineeti Chopra.

Namaste England is slated to release on October 19.