Bhool Bhulaiyaa 2 is now just four days afway from its release and so far it had managed to create a positive buzz about the film among the audience. Directed by Anees Bazmee, the film stars Kartik Aaryan and Kiara Advani in the lead. The film has now been passed by the Censor Board of Film Certification (CBFC) with a U/A certificate. 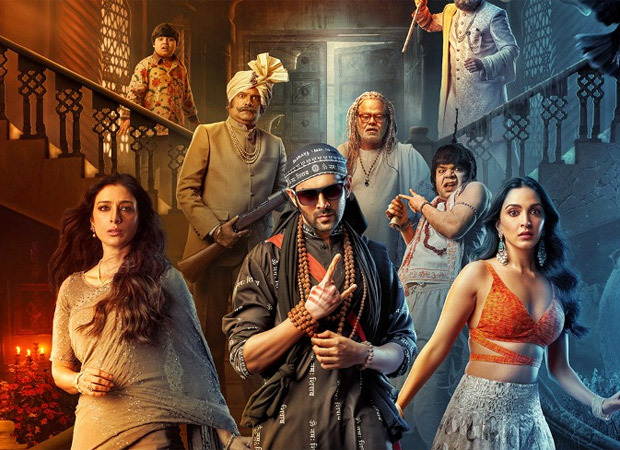 The horror-comedy film received its Censor certificate on May 12, eight days before its theatrical release.The total run time of the film is 143 minutes (2 hours and 23 minutes). The film also stars Tabu and Rajpal Yadav in pivotal roles.

The advance booking of the film was opened two days back. The makers of the film have adopted the 'audience first' policy for the pricing of the tickets.The film producers (T-Series and Cine1 Studios) have decided to open the bookings at regular minimal- basic prices and premium rates. The ticket prices for Bhool Bhulaiyaa 2 will witness the lowest rate for any movie post-pandemic. Sources close to the film say that the makers have kept the audiences first before thinking about making profits on the film.

The buzz around the film is quite strong. It is also a sequel to the 2007 super hit film starring Akshay Kumar and Vidya Balan. While the sequel is a completely new story with a new approach and cast, the makers have retained some nostalgia-driven elements.

The story is by Akash Kaushik and the dialogues have been penned by Farhad Samji and Akash Kaushik. The film will hit the theatres on May 20.