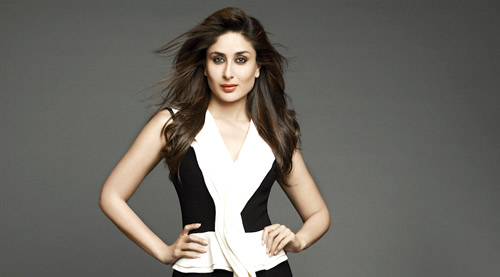 We had reported earlier that Kareena Kapoor Khan will be starring in a female centric film Veere Di Wedding alongside Sonam Kapoor, Swara Bhaskar and Shikha Talsania. The film will be produced by Balaji Motion Pictures in the collaboration with Rhea Kapoor.

Kareena Kapoor Khan, who is very picky about her roles, didn't take much time to come on board. The actress met with producer Rhea Kapoor 4 months ago. While talking about the film, Kareena Kapoor Khan opened up on being a part of the chick-flick and revealed that she instantly fell in love with the script. Kareena is set to start shooting for the film from August 1.

Set at the backdrop of a big fat Indian wedding, Veere Di Wedding will be India's first chick-flick which will revolve around the lives of four school friends and how things eventually change in each girl's life. Directed by Shashanka Ghosh, the first schedule of the film begins in August and will be shot extensively in Delhi and Thailand. Kareena Kapoor Khan had two releases this year- R Balki's Ki & Ka and Abhishek Chaubey's Udta Punjab which released today.