Sunny Deol, who was recently seen in Mohalla Assi, is all set to launch his son Karan Deol in his directorial venture, Pal Pal Dil Ke Paas. As the actor is eagerly waiting for the film's release, his youngest son is also prepping to enter Bollywood. As Karan Deol was the assistant director on Yamla Pagla Deewana 2, Sunny's son Rajvir Deol is assisting his dad on his brother's debut film. 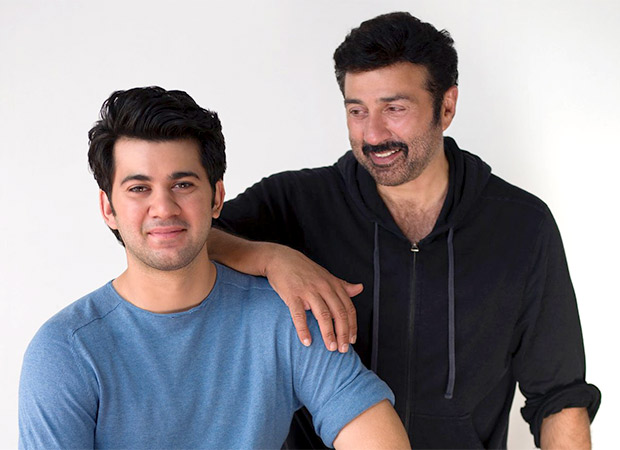 As per reports, instead of opting to assist another director, Rajvir Deol is assisting his father Sunny Deol on Pal Pal Dil Ke Paas. Sunny said that he plans to direct Rajvir's debut film as well just like his older son Karan Deol. He said that, in the past, directors knew how to handle actors and people better, which isn't the case nowadays. So, he chose to assist in this film. By the time Rajvir's turn comes for his debut, he would be aware of how to work with his father as an actor as well.

As far as Karan Deol's debut is concerned, Sunny did not have any concerns or pressure of launching his son. He said that he does not want to burden his thought or second guess his decisions. Sunny Deol has put Karan through several action-packed sequences in which he did not let his son use body double too. Sunny said that although the father in him would think that he was being ruthless to his son but the filmmaker in him would pacify that feeling. Karan Deol's debut film is set for 2019 release.

Also Read: Sunny Deol confirms a docu drama and a book on life of Dharmendra

Confirmed! Sonakshi Sinha to make her…