The long time feud story of Kangana Ranaut and Hrithik Roshan will now be revived, albeit in a professional kind of clash. The much ambitious project of Kangana Ranaut, Manikarnika – The Queen of Jhansi, based on the historical tale of Rani Laxmibai will release only next year. Also, the film will be releasing during the Republic Day weekend of January, which will also see the release of Super 30. 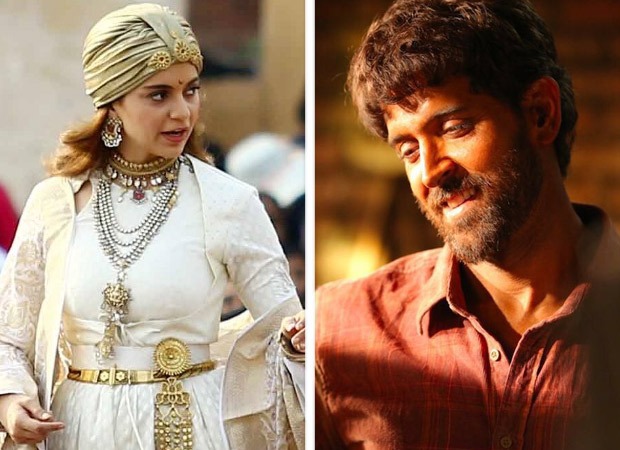 Confirming the date of the same, the spokesperson of Manikarnika - The Queen of Jhansi has released a statement saying, "Zee Studios & producer Kamal Jain proudly announce release date of the most-anticipated magnum opus, #Manikarnika -The Queen of Jhansi. Mark your calendar as this extraordinary tale of strength & valour that inspired Indians across generations comes alive on silver screen on January 25, 2019."

The release date of Manikarnika has finally been locked after the film faced several setbacks. While the film was slated to release way earlier, it faced delays owing to its grandeur and historical backdrop. The film was expected to hit the big screens somewhere in April, followed by which it was pushed to August since it was incomplete then. After that, the makers were keen on an Independence Day release which is already occupied by another biggie, Gold starring Akshay Kumar. And now keeping everything in mind, the makers of Manikarnika have decided to retain the January release date. Recent reports also suggest that the makers are planning on releasing a teaser in the next few days.

On the other hand, the makers of Super 30 which includes Phantom, Sajid Nadiadwala and Reliance had announced that they would release the film on January 25 much earlier.

Speaking of Super 30, the film will feature Hrithik Roshan as the protagonist in a biopic for the first time. It is based on the life of mathematician Anand Kumar, who coaches underprivileged yet talented kids for IIT entrance exams, by selecting 30 most talented students from the batch every year. Super 30 also stars Mrunal Thakur, Nandish Sandhu amongst others in prominent roles too.