Kangana Ranaut seems to have taken a liking towards direction after helping to direct Manikarnika – The Queen of Jhansi. It seems that the actress is already planning on heading towards that path and has started looking out for a story for her next. While she has a couple of films in the pipeline, the actress seems to have collaborated with K V Vijayendra Prasad for her next film, which she is planning to direct. 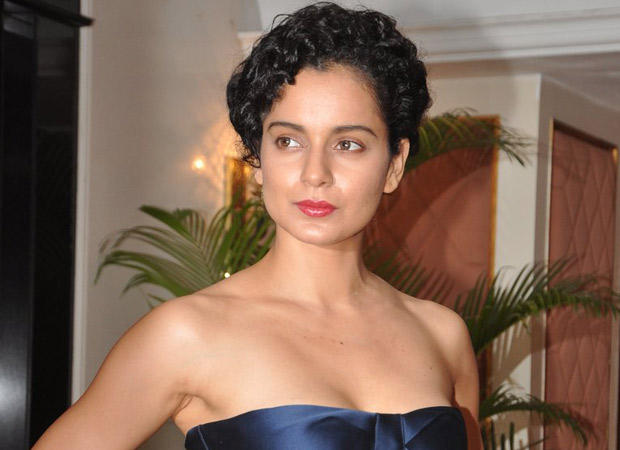 While all the details etc. are still in the speculative stage, reports claim that the Manikarnika team wants to get back together once again but for a love story this time. Interestingly, Kangana also had mentioned about doing a course on scripting and directing recently from the U.S. As for the film in question, it seems that the talks have already started about this venture between Kangana Ranaut and Bahubali writer Vijayendra Prasad about the said movie. Considering that it is still in the initial stages, casting information etc. is yet to be discussed, from what we hear.

Current reports claim that the duo have been talking about making a love story but not between human beings! We are still not sure if aliens will land on earth for this hatke romantic tale! Further details on the film are yet to be revealed. K V Vijayendra Prasad is known for some interesting and unique films like Eega which was dubbed as Makkhi in Hindi.

And now, with this unique love story, we wonder what would be on the platter! On the work front, Kangana Ranaut will be next seen with Rajkummar Rao in Mental Hai Kya and her other film Manikarnika – The Queen of Jhansi is in the pipeline for release in less than a month, on January 25. If that wasn’t all, she has also started shooting for the sports film Panga, with Ashwiny Iyer Tiwari as the director.

Also Read: “I feel people who are not saying good things about me or my film will have to shut their mouths after watching the film” – Kangana Ranaut on Manikarnika